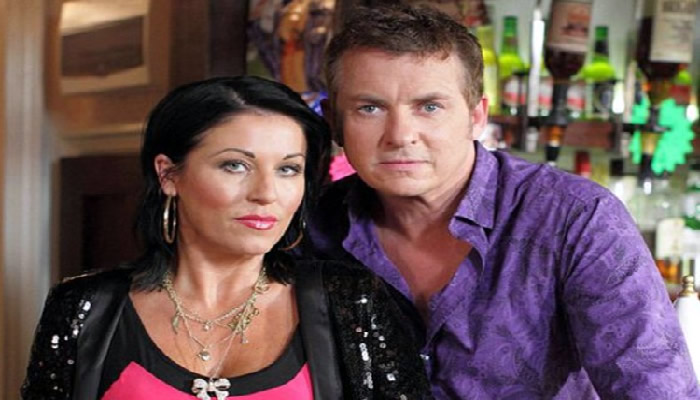 Former East Enders actor, the 57-year-old Shane Richie, has dropped a huge hint today, Friday 28, that he could be lined up for a return to the BBC soap, with an explosive storyline.

Richie played the character of Alfie Moon, a real cheeky chappy who ended up running the Queen Vic boozer in Albert Square, but was written out of the soap in January 2019 after Alfie had borrowed £30,000 from Walford hardman Phil Mitchell – played by Steve McFadden – and had to go on the run to Spain when he couldn’t afford to pay it back, offering his car up as collateral but then doing a runner with the motor and the cash.

Recently in East Enders, Phil Mitchell has got involved with Alfie’s ex, Kat Moon – played by Jessie Wallace – and Shane hinted he could be about to reappear and spoil Phil Mitchell and Kat Slater’s blossoming relationship, according to the Daily Star.

Richie said: “I speak to Jessie all the time and funnily enough I’m seeing her this week. Alfie is still on the run in Spain, running a bar somewhere in the Costa del Sol and I think he still owes Phil money. I know Kat and Phil are bumping ugly at the moment, they’re getting together. So who knows, there might be a chance Alfie could turn up and spoil their little party. But you didn’t hear that from me”.

Speaking on Lorraine, Shane referred to the character he played in the stage show ‘Everybody’s Talking About Jamie’ – Loco Chanelle – joking that “Alfie Moon is a drag queen in Torremolinos”.

Richie had already spoken in November last year of his desire to go back to Walford, saying he had been talking with Adam Woodyatt – who plays Ian Beale – and Jessie, who had told him how difficult it was to film with the pandemic, “I would love to go back. I think under the present climate, there are still restrictions at EastEnders but I speak to Jessie a lot and I speak to Adam, we have the same management anyway”, he said at the time.