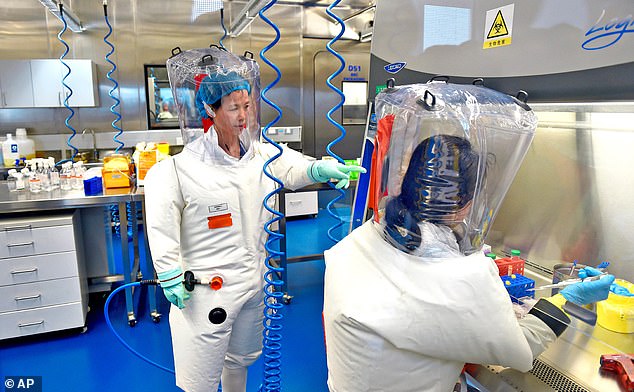 CORONAVIRUS was likely produced in a laboratory rather than emerging naturally, an incendiary new scientific report has claimed. The new study was written by respected British Professor Angus Dalgleish along with Norwegian academic Dr. Birger Sørensen and is due to be published in the Quarterly Review of Biophysics Discovery, a scientific journal.

The damning report claims that Covid-19 has “no credible natural ancestor” and it is “beyond reasonable doubt” it was created in a laboratory. This is a controversial theory and one not supported by the majority of scientists or governments. However, the new report suggests it ‘highly likely’ that the virus could have originated in the Wuhan Institute of Virology.

Experts say that November 2019 is approximately when the virus began infecting people in Wuhan, while the Chinese government says the first confirmed case was on 8 December 2019.

The Wuhan Institute, which significantly carries out research on coronaviruses in bats, has not made public its data, lab records or safety logs in the wake of the global pandemic. The Chinese government has strongly denied that the virus escaped from one of its labs and has attacked the theory, even claiming it came from a US laboratory.

British intelligence is reportedly supporting US investigations into its origins. COVID-19 After president Joe Biden Ordered a 90-day push to reveal how the virus originated

British intelligence has conducted its own investigation into the source of the pandemic, alleging that the new coronavirus has leaked from the Wuhan Institute, China.

And Whitehall’s senior security sources said Telegraph British intelligence is also cooperating with a new US investigation to “establish the truth.”

American President Joe Biden has said that his White House fully supports a World Health Organization probe into the breakout of the virus, which has now killed more than 589,000 people in the United States.

China has denounced US efforts to further investigate whether Covid-19 came from a Chinese lab. US President Joe Biden has said he expects to release the results of an intelligence report on the origins of the virus.

China’s foreign ministry accused the US of “political manipulation and blame shifting”. It has rejected any link between Covid-19 and a virus research lab in the Chinese city of Wuhan.