The Huge Extremaduran Rocks That Game Of Thrones “Discovered” 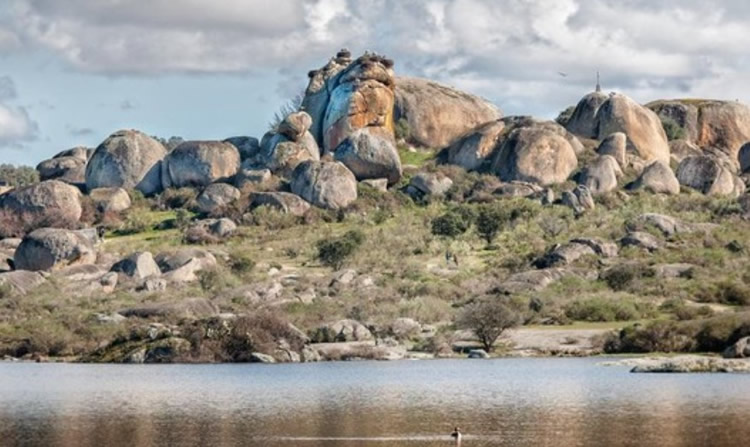 Thanks to the television series Game of Thrones, the huge molded granite rocks of Los Barruecos – with their domed shapes and whimsical erosions, thought by many to resemble objects and animals – have become a massive tourist attraction, in this beautiful region of Extremadura.

It was 2017 when the iconic series Game Of Thrones filmed in this rocky location, declared a Natural Monument, an area that also boasts large natural ponds that have been carved out of the rocks by the Salor River, and is home to breeding colonies of white stork, and grey heron.

As well as the aquatic birds, the booted eagle, the black kite, the lesser kestrel, and Montagu’s harrier are notable birds of prey that frequently inhabit the region.

It is possible to go on walking trips through the huge Extremaduran rocks, where you can discover traces of human presence dating back to Neolithic times, along with the remains of an old Roman villa and the traditional shepherd’s huts, plus you can visit an old 18th-century wool wash that German artist Wolf Vostell converted into a museum.

Next to the Los Barruecos Interpretation Center, at the entrance to the monument, and near the Barrueco de Abajo pond, you can see the preserved remains of a Neolithic town, with cave paintings and engravings preserved on some of the rocks.

There is also the dolmen of La Hijadilla, located just three kilometres from Los Barruecos, which is a remarkable rock in the shape of an arch, supported by two striking white quartz pillars that give access to the corridor, or you could access the rea next to the Molinillo pond and the Lavadero fountain, from where you can walk to the Vostell-Malpartida museum, as reported by sevilla.abc.es.

There are many more attractions, too many to list here, but for full information you can contact the Malpartida de Cáceres Tourist Office: www.malpartidadecaceres.es
or the Los Barruecos Interpretation Center. 927 276 236.