Andalucia Administers More than 100,000 Vaccines in a Single Day 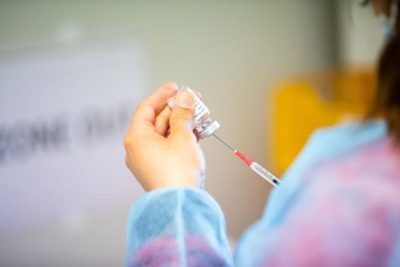 ANDALUCIA ADMINISTERS a record of more than 100,000 vaccines in a single day. This was achieved on Friday, May 28, as announced by the Minister of the Presidency, Elías Bendodo, who has emphasized the “undoubted commitment” of the Andalucian Government for health and has stressed that there are two priorities that are being focused on, the vaccination campaign and the recovery of employment.

As reported by La Opinion de Malaga, Bendodo stated that “We are gaining ground from Covid-19,” noting that the vaccination campaign in Andalucia is being an example of how to do things right. In addition, he explained that essential workers who received Astrazeneca in the first dose in Andalucia are free to choose the same or Pfizer as the second dose.

Andalucia will present a document of consent to these people as requested by the Ministry of Health, but Bendodo has indicated that it is not mandatory and that whoever does not want to sign, does not need to do so and can be vaccinated. He has demanded that the Government speak clearly on the matter and do not create uncertainty in such a complicated situation.

Malaga registered one death and 232 new coronavirus infections this Saturday, May 29, after three days without fatalities from Covid-19 in the province. Compared to the previous day, the increase in positives is once again slight with just 13 more cases, but the figure is still above two hundred. In fact, this week only on Tuesday, May 25, the figure was below 200, registering 147 infections.

The daily infection rate in Malaga has been slightly increasing day by day throughout this week. Today’s data is also higher than that reported seven days ago. Even so, it is not possible to speak of a clear upward trend, rather stagnation continues, since throughout the entire month of May the curve has behaved in a similar way, with small increasements. Of course, the situation highlights the urgency not to relax the protection measures in order to contain the spread of the virus.