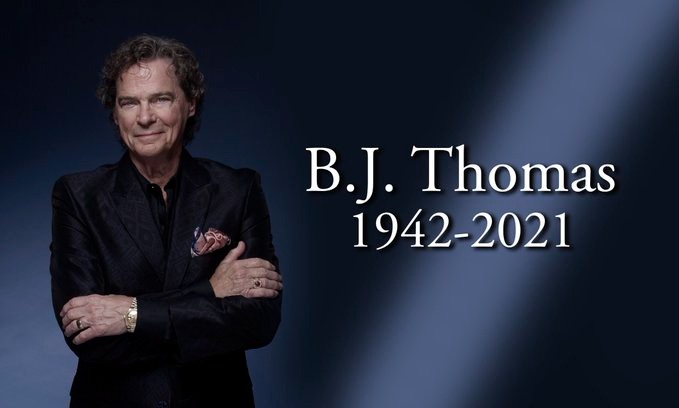 BJ Thomas Singer Of Raindrops Keep Fallin’ On My Head Dies At 78.

Sadly, singer BJ Thomas has died at the age of 78. The Grammy-winning singer was well known for Raindrops Keep Fallin’ On My Head and many other hits.

Singer BJ Thomas died on Saturday at his Arlington home in Texas according to his publicist. Thomas had been suffering from lung cancer, which he had announced to the world in March.

Many have paid tribute to the singer and Dionne Warwick who previously duetted with him took to Twitter to pay her condolences. She commented that: “My sincere condolences to the family of one of my favorite duet partners, BJ Thomas. I will miss him as I know so many others will as well. Rest In Peace my friend.”

Thomas grew up in Houston and came to fame in 1966 with a cover of Hank Williams’ I’m So Lonesome I Could Cry. His gospel styled cover made its mark and the iconic singer went on to have numerous hits and sell millions of records.

In 1976 he hit number one with Hey Won’t You Play and later that year Home Where I Belong sold over a million copies and was one of the first gospel albums to do so.

Many though when they think of Thomas will remember Raindrops Keep Fallin’ On My Head. The song won an Oscar for Best original Song and appeared in the hit 1969 movie Butch Cassidy and the Sundance Kid.

The song has also featured in Forrest Gump and even The Simpsons, and in 2013 made it into the Grammy Hall of Fame. The song though has been linked to the singer’s alcohol and drug abuse.

Thomas went through a “spiritual awakening” which he claimed helped him get clean.