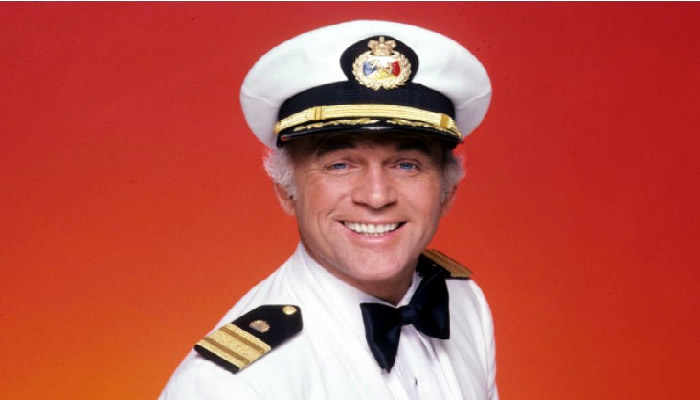 GAVIN MACLEOD, Captain Of TV’s ‘The Love Boat’ Dies Aged 90 at his home in California

Gavin MacLeod, the actor probably best remembered for playing Captain Merrill Stubing in the long-running popular television show The Love Boat, has died early on Saturday morning (May 29), at his home in Palm Desert, California, aged 90, as confirmed by his nephew Mark See, who gave no cause of death, but it is known that the actor had been in and out of hospital for several months.

MacLeod first rose to fame when he portrayed head writer Murray Slaughter on The Mary Tyler Moore Show, appearing in all 168 episodes, until the series ended in 1977, as reported by eonline.com.

The Love Boat was a huge success on our television screens, and MacLeod appeared in 250 episodes between 1977 and 1987, returning in 1990 for the TV movie, The Love Boat: A Valentine Voyage, and again in 1998 for the reunion episode, The Love Boat: The Next Wave.

He had many acting credits to his name after a decades-long career in Hollywood, having appeared in Hawaii Five-O, Perry Mason, The Andy Griffith Show, OZ, The Man From U.N.C.L.E., Charlie’s Angels, Murder She Wrote, JAG, That ’70s Show, and many more.

Actor, and friend, Ed Asner, who also starred alongside Gavin in the Mary Tyler Moore Show, upon hearing of MacLeod’s passing, posted on Twitter, “My heart is broken. Gavin was my brother, my partner in crime (and food), and my comic conspirator. I will see you in a bit, Gavin. Tell the gang I will see them in a bit. Betty! It’s just you and me now”.