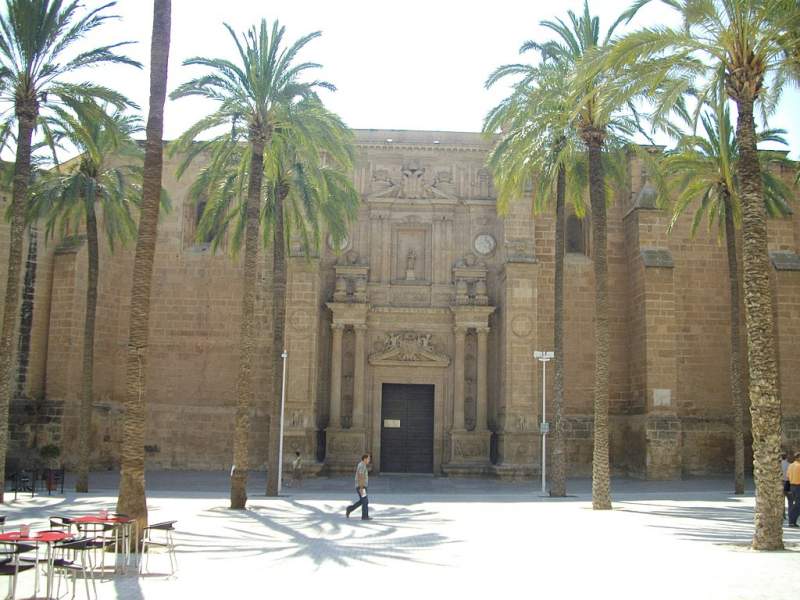 All change ALMERIA’S bishop, Adolfo Gonzalez Montes, due to retire in November, has been replaced six months early on the orders of the Vatican by auxiliary bishop Antonio Gomez Cantero who arrived to assist him earlier this year. Sources revealed that the diocese owes €20 million to the Santander bank.

Big prize AN unnamed Roquetas resident won €1 million in the EuroMillions lottery last Friday, thanks to the El Millon prize corresponding to the coupon bearing the winning NPQ02761 code.  That was Spain’s biggest EuroMillions prize last week, as no Spanish punter correctly forecast the five numbers and two stars.

Beach time  VERA hosts the third edition of the Indalo Beach Volleyball tournament this Saturday, June 5.  Organised by the Club Voley Vera, pupils from the local El Palmeral high school, Indalo Beach Tennis and the town hall, this is the first time the tournament will be held in Vera.

Low prices DESPITE a promising start to this year’s campaign, prices for Almeria’s melons and watermelons have plummeted.  With little demand from the principal European markets owing to a cold spring coupled with unfair competition from Morocco, entire crops of the local fruit are instead being used as animal feed.

New school AFTER allocating €4.7 million for a new infants and primary school in Almerimar, the regional government has now put the contract out to tender.  The school, which should take 16 months to build, will provide 450 places and enable the local authorities to eliminate the current prefabs.

Slow down HUERCAL-OVERA’S Policia Local launched a road safety campaign  that includes a speed trap and fixed radar.  Speeding is responsible for a quarter of all deaths in traffic accidents and Huercal-Overa’s police intend to avoid accidents on the municipality’s streets or ensure that those that occur are not grave.

Try again  ADRA’S Juergas Rock Festival 2021 will be held on August 4, 5 and 6 next year “when all can enjoy it in a normal and safe way,” the organisers said. Tickets for both this year’s festival and the cancelled 2020 event will be valid for next year.

Pay up IT will cost €5 to park inside the Cabo de Gata-Nijar national park between the Genoveses and Cala Carbon beaches from June 12 until September 26.  The concessionary company, which also owns the land bordering the beaches, will start to make a profit following the 462th vehicle each day.