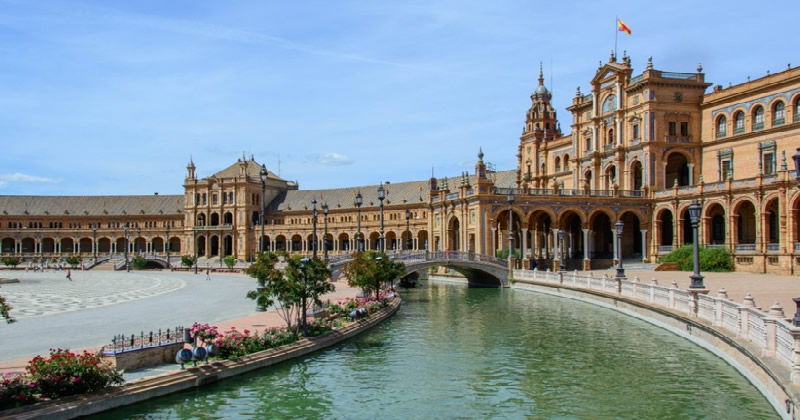 Sevilla might see some rain on Friday. Image: Pxhere

Sevilla City Hall, through the Congresses and Tourism of Sevilla, has agreed a lucrative deal with the Spanish Confederation of Travel Agencies (CEAV) that will see the city of Sevilla promoted as a prime destination in tourist promotions in cities such as Galicia, Asturias, the Basque Country, Valencia and Valladolid throughout the second half of 2021.

The agreement will also see the CEAV – which has around 5,000 branches – promote Sevilla through its communication channels, as the result of a meeting between Antonio Muñoz, the city’s Minister for Urban Habitat, Culture, and Tourism, and Carlos Garrido, the president of CEAV, whilst attending the recent Madrid International Tourism Fair (FITUR).

Antonio Muñoz said of the deal, “This collaboration is strategic for the work of reactivating tourism in Seville, particularly with regard to the national market, given that we reach up to 5,000 points of sale distributed throughout the country, plus specific promotions in various autonomous communities and specific cities”, adding, “with this promotional work, the national journey of the new city brand begins”.

Juan Espadas, the mayor of Sevilla had made the original presentation of the new city brand to Carlos Garrido, and the CEAV managers in Fitur, an audience which included around 30 managers and businessmen from various branches of the tourist industry – travel agencies, tour operators, airlines, railway operators, technology operators, organizers of congresses, fairs, and events, hoteliers and institutions such as WTTC, OMT, Turespaña Exceltur, and Segittur.

“CEAV has always been a preferred partner in promoting the Seville destination and will continue to be, since it is expected that the new post-Covid-19 tourist will rely more on personalised advice from travel agency professionals”, stated the mayor.

Both of the Fitur presentations were based on a new story about the city, described by the mayor as being “where its internationally best-known version is combined with another facet yet to be discovered, even by the Sevillians themselves, and that makes it an avant-garde, productive, innovative and creative enclave”, as reported by sevilla.abc.es.

Basically, the city of Sevilla has built a comprehensive strategy for promoting itself in the face of reactivation and attracting investment, and the City Hall has made a budget of €1.9m available between now and the end of the year for the national and international promotion of the city.