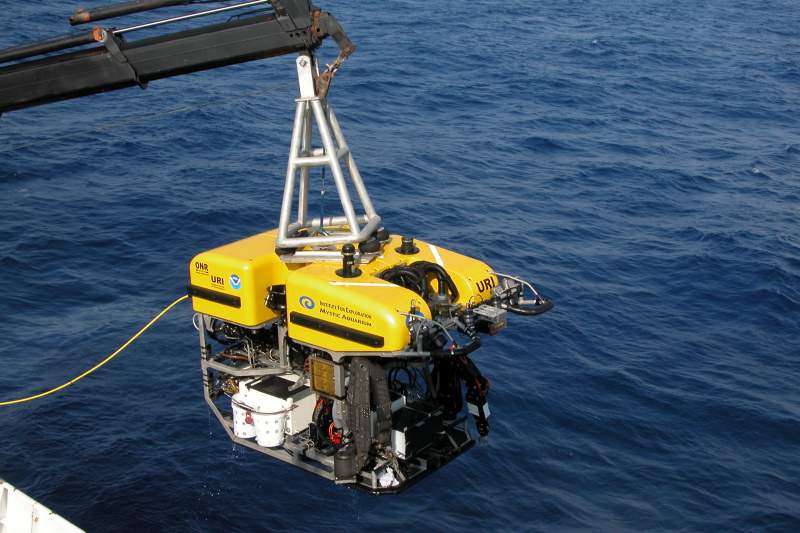 Underwater Robot Joins In Search For Missing Father And His Two Girls In Santa Cruz Tenerife.

An underwater high-tech robot has joined in the search for the two little girls who were last seen on April 27 along with their father, who assured the mother that she would never see them again. The ship’s technology allows the underwater bottom to be tracked at 2,000 meters depth

The oceanographic vessel ‘Ángeles Alvariño’, which is equipped with a special side-scan sonar and an underwater robot, began the search for Anna and Olivia, the missing girls, and their father, Tomás Gimeno this Sunday, May 30.

The search began in the area where Tomás Gimeno’s boat stayed for almost two hours, after loading onboard six packages before going out to sail and returning to the Santa Cruz Marina. The government delegate of the Canary Islands, Anselmo Pestana, gave a news conference on Tuesday, May 25, and said that the search has moved to the south of the island, where investigators suspect that sea currents may have dragged the boat.

Using the robot and sonar, they will try to identify objects that could be compatible with the bodies of the minors.

The Guard Civil had denounced the father, Tomás Gimeno, for violating the curfew and asked him to tie up the boat. It is understood that shortly after the encounter with the police he went to a nearby petrol station to buy a charger for his mobile phone, returned to the port, and went sailing again.

Five hours later the officers found the empty boat adrift and discovered traces of the father’s blood that had not been there before when they saw it in the port.

The investigators were able to determine the point at which Gimeno stopped the engine and was two hours without moving thanks to the analysis of the signal from his mobile phone, which has also not yet been found.

This is where the ‘Ángeles Alvariño’ comes in and where it is believed that the father could shot the girls. The ship is currently heading towards the south of the island and is making stops according to the flow of the currents.

The ship, operated by the Spanish Institute of Oceanography (IEO), left the port of Vigo last Sunday,its incorporation into the search for Anna and Olivia was announced by the general director of the  Guardia Civil, María Gámez, who this week stressed that the investigation “does not stop”.

Although it was actually scheduled to start work on Monday, May 24, the ship’s departure was delayed due to technical problems and also had to make a stopover in Cádiz due to the strong storm in the area at the time.

The ‘Ángeles Alvariño’ has a side-scan sonar device that uses the propagation of sound underwater to obtain digital images of the surface of the seabed. The acoustic signals emitted bounce off the background creating an image of it on a monitor on the ship.

Its most common applications include detailed mapping of the seabed, locating pipes, viaducts or cables, and searching for submerged archaeological objects or sites, among other things.

The ship also has an underwater robot, the ROV Liropus 2000, which is owned by the Spanish Institute of Oceanography and is capable of recovering objects in the sea up to 2,000 meters deep. Equipped with seven cameras, it can scan the seabed, send live images back to the ship, and even collect samples.

Around 20 members of the Guardia Civil conducted a second search of Gimeno’s home in Igueste de Candelaria, a municipality near Candelaria, in the eastern region of Tenerife. Specialized air and sea units are participating in the search operation.

Investigators are following up on the possibility that Gimeno was aided by one or more individuals to carry out a preconceived plan to kidnap his own children, according to sources cited by the news agency Efe.

Sources familiar with the investigation said that no cash withdrawals have been made from Gimeno’s accounts since his disappearance on April 27. On that day, he picked up his youngest daughter from the home of his ex-partner, Beatriz Zimmerman, with whom he had reached an informal agreement on visitation rights.