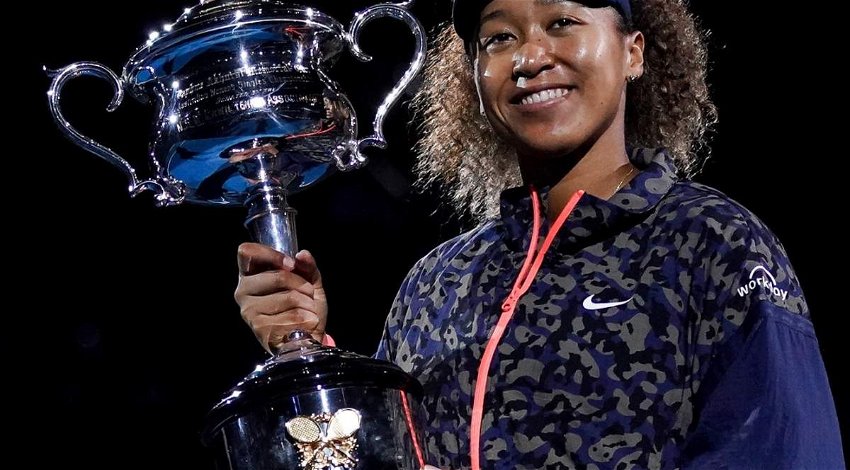 Osaka says she will no longer do post-match press conferences. CREDIT: Twitter

Piers Morgan has called Tennis champion Naomi Osaka a “spoiled brat’ who has pulled a leaf out of “cynical” Meghan Markle’s play book.

Writing in his scathing Daily Mail column, Morgan lashed into the Japanese player’s refusal to speak to the media after matches.

Osaka said she had made the decision to protect her mental health and that she will take the fines for not participating in post-match pressers on the chin.

Given that she earns roughly 6,000 per hour, she can afford to be petulant, argued Morgan.

“Ms Osaka is also an arrogant spoiled brat whose fame and fortune appears to have inflated her ego to gigantic proportions,” he wrote in a blistering attack on the first Asian woman to become No1 in the world rankings and who is one of the highest earning athletes in the world.

Morgan said it was “frankly contemptible” that she was “weaponizing mental health to justify her boycott.”

“This is straight out of the Meghan and Harry playbook of wanting to have the world’s largest cake and eating it, by exploiting the media for ruthlessly commercial self-promotion but using mental health to silence any media criticism,” he added.

Osaka’s decision to no longer speak to the press has drawn a mixed reaction from other professionals.

Spanish champion Rafael Nadal said, “Without the people who normally travel, who are writing the news and achievements that we are having around the world, probably we will not be the athletes that we are today.”

However, Morgan was – as usual – more direct.

“This Osaka nonsense sadly epitomises the state of the woke-ravaged world today,” he said.