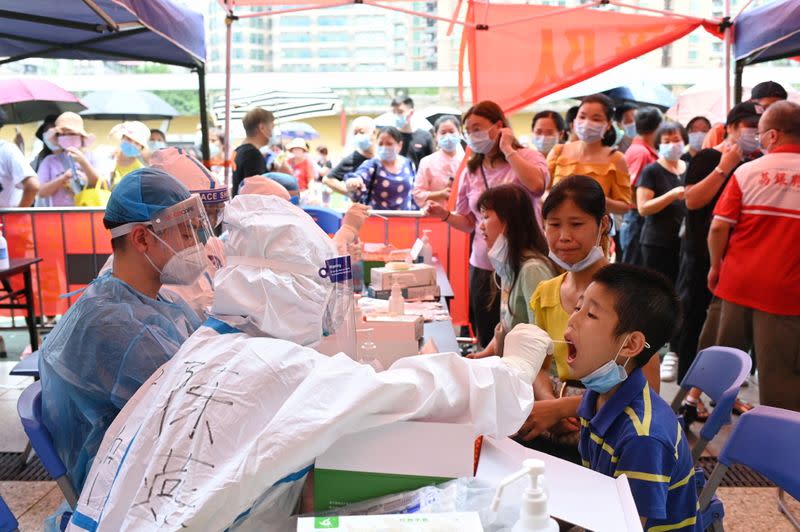 Chinese state media, xinhuanet, has reported a sudden surge in COVID-19 infections in the country’s south, with 18 new local cases on May 30 in the city of Guangzhou, causing a flurry of flight cancellations.

People leaving the city from airports, train stations, and shuttle bus stations need to show proof of a negative COVID-19 test within three days unless they were transiting, the city said in a statement late on Sunday.

On Saturday, May 28, the Guangzhou government ordered residents on five streets in the city’s Liwan district to remain at home and suspended non-essential activities, while entertainment venues and markets were closed.

Recent infections in the city were contracted with a fast-spreading virus strain detected in India according to genome sequencing results, Chen Bin, deputy director at the city’s municipal health commission, told a press conference on Sunday.