Spain Has Acquired A New Insect With A Very Nasty Bite 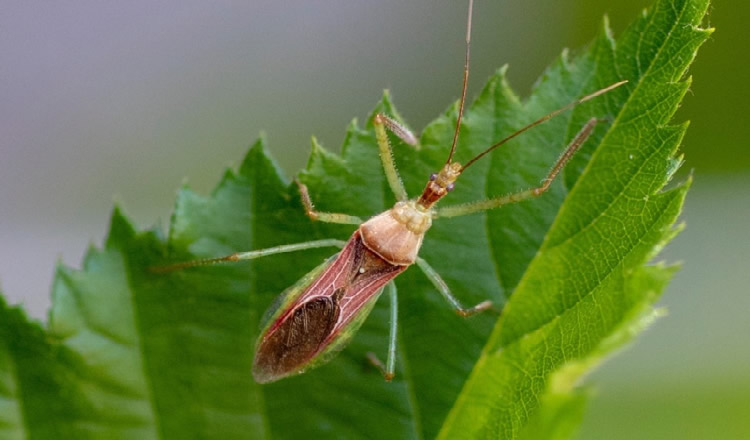 Spain Has Acquired A New Insect With A Very Nasty Bite. image: wikipedia

According to a recent study published in early April 2021, by researchers Adrià Miralles-Núñez, Carlos Pradera and Juan A. Pujol, a new insect – Zelus renardii – with a powerful bite, has been detected in some of the autonomous communities of Spain, namely, the Valencian Community, Madrid and Cádiz, but they forecast that it will quickly spread to other regions of the country.

This insect is known to favour warm climates, nicknamed the ‘hunter bug’, or the ‘killer bug, as if has a tendency to kill other invertebrates and is an invasive species, which means it is very likely to make itself at home in Spain and other parts of Europe.

This orange-coloured predator has already had a negative impact on the habitat of native species in Mexico and the southern states of the US, as it is a striking and effective predator of other insects, catching its prey on the prowl, similar in style to the Praying Mantis, having six legs and antenna that are exceptionally long, and is a reduvid heteropteran with partially hardened wings, with a biting-sucking mouth that feeds on juices or blood.

According to the study, victims of this insect’s bite have reported that it produces an intense and sharp pain that lasts for several minutes before disappearing, “although in some people it can last for hours”, and the bite leaves a small wound, with the report suggesting the insect “could be attracted to humans when they move”, according to Verde y Azul.

Elche, in the province of Alicante recorded the first documented sting from one of these insects, on October 18, 2018, when a child was bitten, then in August 2020, a woman in Torrevieja was bitten twice as she left a swimming pool, with a 78-year-old man was also reportedly bitten in his shower that same month, while in Santa Pola, in March of this year, an eight-month-old baby was bitten four times.

As you can see, most of the bites occurred in the Valencian Community, although there has been one case in Cádiz and two more in Alcalá de Henares, Madrid, but it seems like Spain has acquired this new bug, so be aware.