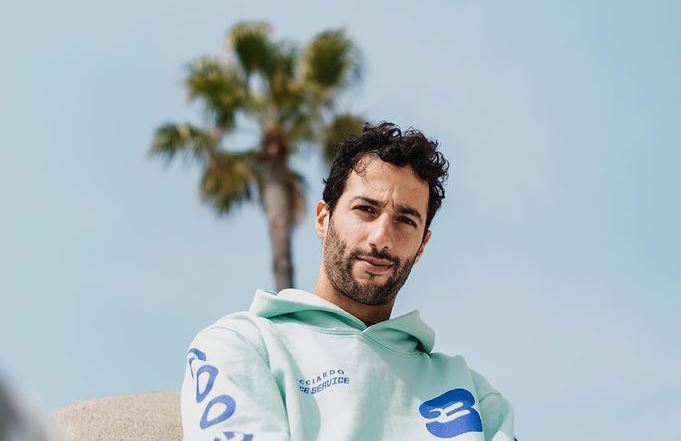 Australian Formula 1 driver Daniel Ricciardo has been spotted partying on a yacht in the stunning waters near Spain’s Formentera.

The Australian driving hotshot was spotted in good spirits on a yacht cruising around the stunning location near one of Spain’s Balearic Islands. He was spotted with a mysterious blonde and seem to be having a fantastic time.

This is not the first time that the driving star has headed to the Spanish islands and this time he was surrounded by friends. They all headed out to the beach for the day and later the friends returned to the yacht to carry on partying.

Daniel broke up with his childhood love interest Jemma Boskovich in 2016, and is currently rumoured to be single. In 2018 it was rumoured that he was involved with model Jessica Gomes but this was never confirmed.

Daniel is no stranger to the Spanish islands and a TikTok star has revealed how she shared awild party with Daniel in Ibiza after the pair met on the island of Formentera in 2019.

Sara Ayter spoke about the fantastic time she shared with Daniel and described him as the ‘coolest human’.

Sara commented that: ‘We were taking pictures in Beso Beach, and three guys came up to us and said they were going back to Ibiza on their private boat and asked us if we wanted to join,’

Sara and her friends even ended up partying the night away at a house party with Daniel too. She explained that: ‘Then we ended up going to their house – it was the best house I’ve ever been to,’

‘We had drinks, we played games, we stayed over. The day after I was swimming in the pool and Daniel was the only one awake. I was cold and he asked me if I wanted his shirt, so I swam with his shirt.’

Sara spoke kindly of Daniel and commented that: ‘He was the entire time making sure we were alright. They were so, so nice. He was the coolest human.’