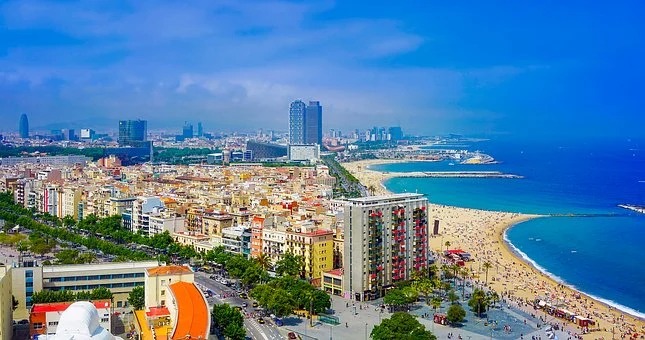 Homophobic attacks in Barcelona have sparked outcry as three separate attacks occurred over the weekend in Spain’s Barcelona.

A Catalonia-based gay-rights group has raised a warning that the number of homophobic attacks in Barcelona are on the rise. This warning came after three attacks shockingly occurred in the space of a single weekend.

Two gay couples were attacked on Barcelona’s Somorrostro beach by a group of three men and according to the Observatory Against Homophobia (OCH) three separate attacks occurred over the weekend which saw five gay men receiving injuries.

The most worrying attack occurred on the beach which left one man in need of facial surgery. Both he and his friends were attacked while they had been at the beach. According to local media reports police investigations have been started but so far no arrests have been made over the worrying attacks.

According to the OCH, in Catalonia alone this year over 70 homophobic attacks have been recorded.

The recent attacks have been condemned on social media by local politicians.

Eugeni Rodríguez, OCH president spoke of the Somorrostro Beach attack where three men attacked two gay couples. According to EFE, Rodríguez explained how the men had been approached while at the beach and insulted before being attacked after it had first been checked that no police officers were to be seen on the beach. On Sunday the most seriously injured victim had to undergo surgery

The president condemned the attack as “barbaric” and commented that there has been a rise in the number of homophobic attacks. Speaking of the incidents he said: “It is a spiral to which we are not accustomed – it is of extreme violence,”

“It is terrible that, after the pandemic, we are in this situation.”

According to the OCH two other attacks took place in Barcelona over the weekend too.