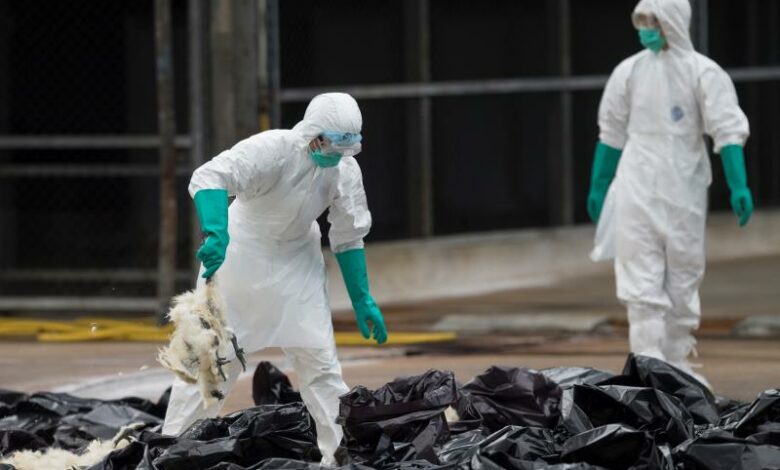 China Reports First Human Case With The H10N3 Strain Of The Bird Flu.

A 41-year-old man in China’s eastern province of Jiangsu has been confirmed as the first-ever human case of infection with the H10N3 strain of bird flu, China’s National Health Commission (NHC) reported on Tuesday, June 1.

The man, a resident of the city of Zhenjiang, was hospitalised on April 28 after developing a fever and other symptoms, said the NHC. He was diagnosed as having the H10N3 avian influenza virus on May 28, it said, but the Chinese authorities did not give details on how the man had been infected with the virus. The Chinese Health Commission called on citizens to avoid contact with sick or dead birds on a daily basis and to avoid direct contact with live poultry, as well as to take care of food hygiene and to go immediately to a doctor if fever or breathing problems occur

H10N3 is a low pathogenic, or relatively less severe, strain of the virus in poultry and the risk of it spreading on a large scale was very low, the NHC added.

Chinese state media, xinhuanet, reported a sudden surge in COVID-19 infections in the country’s south, with 18 new local cases on May 30 in the city of Guangzhou, causing a flurry of flight cancellations.