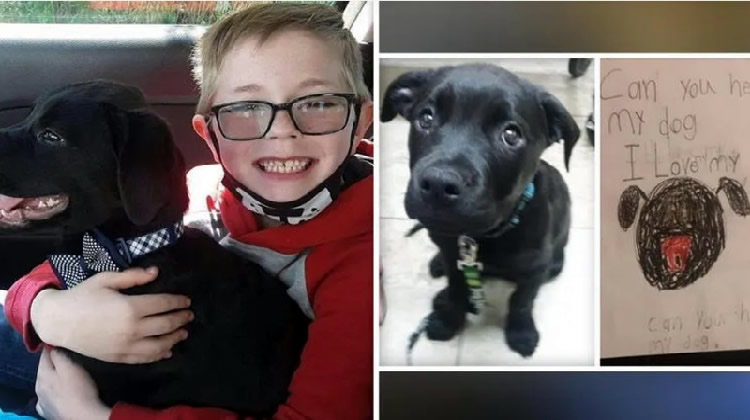 An eight-year-old boy, Bryson Kliemann, from Virginia in America, has become huge news on social media after he sold his impressive set of Pokémon cards to pay for an operation to save his pet dog, Bruce.

Bryson, who is described as a die-hard Pokémon fan, had reportedly amassed a huge collection of cards, but when the family took Bruce to a vet and found out that he was suffering from ‘parvo‘, which is a highly contagious dog virus, and the vet said the treatment would cost $700 (£490 or €570) – which the family could not really afford – Bryson decided to set up a stand outside the family home, where he sold his prized possession of Pokémon cards, erecting a wooden sign that said, “Pokémon 4 Sale”.

Kimberly Woodruff, Bryson’s mother, told Local 12 News, “While I’m in school I get a text message with a picture of him and a sign on the side of the road selling Pokémon cards”, with Bryson telling the outlet, “I know everybody likes Pokémon cards so I just decided to sell them”, according to News 18.

To help raise the money, Kimberly started a GoFundMe page, with the initial hope of raising $800 to cover the cost of the treatment, but to date, after word spread about Bryson’s amazing love for his dog, the page has raised $5,400 (£3,00 or €4,400), which means that Bruce can get his treatment.

In an incredible turn of events, on Monday, Bryson received a personalized letter from the company that manufactures the Pokémon Trading Card Game, along with a rare pack of cards first released in 1996, with the letter saying, “Hey Bryson, we were so inspired by your story about selling your cards for your dog’s recovery, these are some cards to help you replace the ones you had to sell”.

Bruce is reportedly recovering well from his treatment.