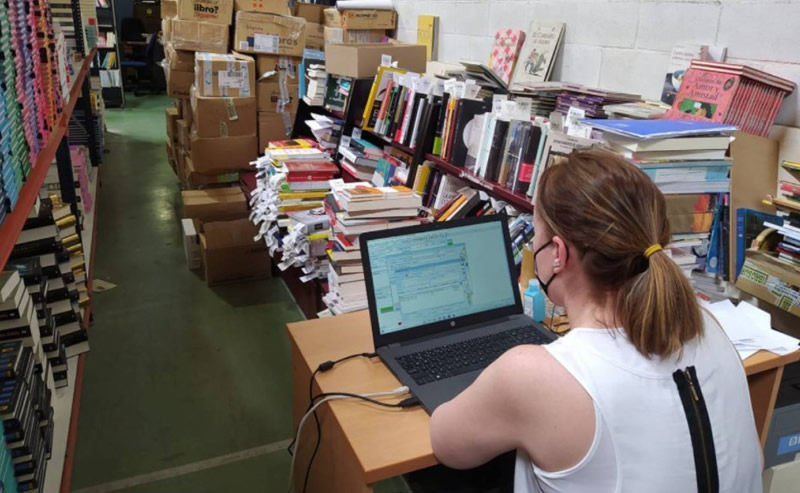 According to Jesús Otaola, the director of the historic Proteo book store business in Malaga city, on the Costa del Sol, two weeks now after the massive fire that ripped through the premises, on May 13 – with around 90,000 books either burned to ashes, or getting ruined as they were soaked through with water during the extinction with fire hoses by the Malaga firefighters – the first estimates of the damage caused, point to costs in the region of €1 million.
Otaola, who started working in the famous Malaga book store – which first opened in 1969 – back in the 1980s, said, “Not even we ourselves were aware of the price of what we had lovingly stored for 52 years”, and referring to the still uncertain cause of the blaze, he commented, “everything indicates that it was related to a power surge, and it will have to be Endesa that responds”, according to Cadena Ser.
He added, “At the moment, we have been able to enter the bookstore, but it is impossible to work in it. We are attending to the avalanche of orders over the internet that we are receiving – more than 3,000 in just a couple of weeks – thanks to the temporary transfer of a warehouse to us”.
Jesús Otaola has once again stressed how “deeply grateful” he is for the wave of solidarity received from all over Spain, and has vowed to do his best to get the famous book store name back into business in Malaga as soon as possible.