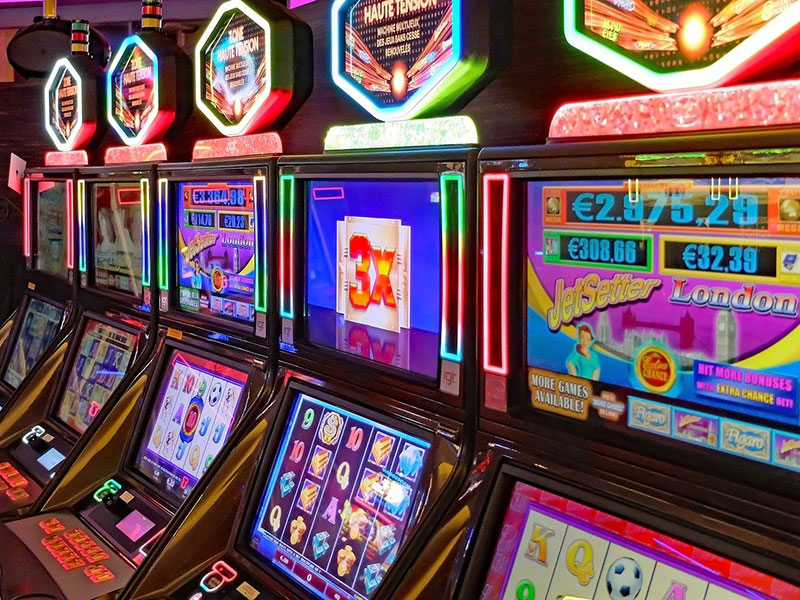 Leading casino software provider Microgaming has signed a partnership agreement with Blox Ltd, a Malta-based brand that specializes in aggregating and distributing casino content in Italy.

The deal will see Blox distribute 50 of Microgaming’s best slots to casinos that target the Italian online gambling market. That means Italian casino players will soon have the chance to play leading slots like:

Although the initial plan is to distribute 50 top-tier slots and table games in the next couple of months, Microgaming’s long-term goal is to flood the Italian market with its 1000+ games.

“Italy has a thriving online casino market and we are thrilled to be able to offer our games to more operators and players via this great partnership with BLOX,” Microgaming said through a statement by Rupert Dix, the director of Prima Networks Limited.

Prima Networks Limited is a Microgaming-powered software provider that focuses on the Italian casino market. It came out in 2009 with a goal of providing unique gaming content in emerging gambling markets in Europe. So far, it has licenses to offer games in Denmark, Italy, Spain and Romania.

A Pioneer and Global Leader

Microgaming is one of the pioneers of the iGaming industry. Launched in 1994, the Isle-of-Man based developer was the first software provider of its kind in the world. Over time, it spread throughout the world to become a dominant force.

Microgaming supplies 1000+ slots and table games to hundreds of casinos throughout Europe and the world. It provides games in the UK, Ireland, Norway, Malta, Canada, Australia, the US, India and Sweden.

Crucially, Microgaming has partnerships with prestigious casinos such as Dreamz.com one of the most popular gaming sites in Finland. Of course, the licenses aren’t exclusive, so you could also find games from NetEnt, Evolution, and BTG at Dreamz and other casinos.

All the same, Microgaming is a respected developer. Every trustworthy online casino yearns to offer games from the developer. In turn, players cherish the company’s slots, especially jackpot slots like Mega Moolah.

One of Microgaming’ secrets for success is that it’s innovative. Sure, not all of the company’s 1000+ games are unique and successful. But a significant percentage of these games perform splendidly in the market.

Take Mega Moolah as an example. This jackpot game has paid out over €1 billion since its launch in the late 2000s. On the surface, Mega Moolah is a simple game based on the African Savannah.

But upon a closer look, Mega Moolah promises something most slots don’t—the chance to become an overnight millionaire. All you need is to bet maximum amount to enter one of the slot’s four jackpots. And if you’re lucky, you can win between €10 and €10M+.

Thunderstruck II is another outstanding slot from the developer. Created in 2010, this five-reel video slot is a sequel to a famous original of the same name. It’s based on Norse mythology and has 243 ways to win. But what makes it epic is because it pays out regularly.

Last April, Microgaming did what it does best—it rolled out a selection of new slots to spice up variety to its already dynamic catalog of games. The new games explore all manner of diverse themes.

There’s Queen of Alexandria Wow pot, an ancient Egypt themed slot created by Microgaming’s partner studio, Neon Valley Studios. The game has a progressive jackpot that starts at €2 million and can go as high as €15 million.

Microgaming also unveiled another jackpot, Gold Collector. But this time, the progressive slot comes from All41 Studios. The game borrows some ideas from Mega Moolah. For example, it has four jackpots.

Microgaming and its series of partner studios released over a dozen casino games in April alone. The studios will continue to innovate new machines in the coming months.

Microgaming doesn’t just produce new slots every month. It creates games with a mobile-first approach. It creates slots you can play on your smartphone or iPhone efficiently. It doesn’t matter the size of your mobile device.

All of Microgaming’s new age slots are designed to fit different mobile devices. They also run smoothly, even on android devices with fairly dated specifications. The only slots and table games that don’t work on mobile devices are games created long before smartphones came out.

The best part of Microgaming’s mobile games is that many of them have a demo play mode. You can select a slot like Avalon II and spin its reels for a few minutes free of charge. Based on your experience, you can decide whether to play it for real money or look for a different machine.

Microgaming doesn’t take chances when it comes to security and fairness. It uses advanced Random Number Generator (RNG) software to secure its games. This technology helps safeguard its games from hackers and it provides assurance that each of its game pays out fairly.

For clarity, games have different payout rates. Mega Moolah, for example, has a relatively modest Return to Player (RTP) at 88%. It pays out sparsely but in large amounts. By comparison, Thunderstruck II has a 96.65% RTP.

Owing to that backdrop, playing high-paying games is the best way to increase your odds of winning. Microgaming has hundreds of high-RTP slots. But they also differ in themes, bonus features, jackpots and volatility.

As such, there’s no single best game to play. This explains why Microgaming is constantly producing new games. People have varying tastes and need to test different slots before they find the right one.

What’s Next for Microgaming?

Microgaming’s long-term goal has always been to produce new, high-quality games regularly. Also, it aims to command the attention of casinos and players in different geographical regions. As a result, the future of Microgaming involves producing enhanced games every month and bringing them to your favorite online casinos.