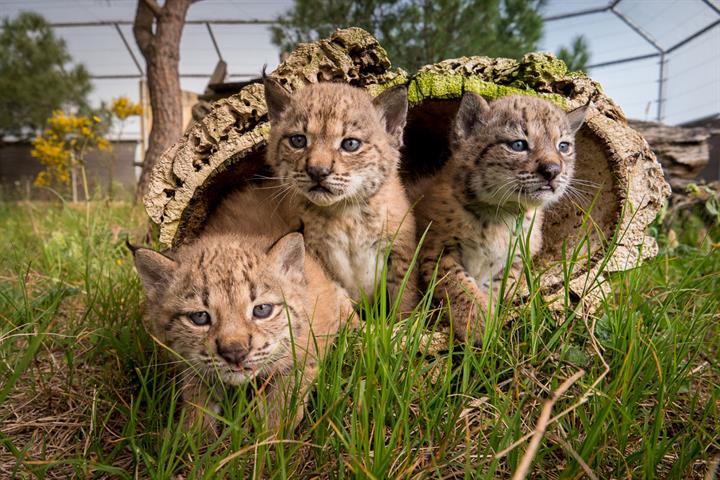 Twenty-three Iberian lynx cubs have been born this year, eleven of them in Huelva, making Spain’s lynx conservation programme one of the most successful wild cat programmes in the world.

The twelve other cubs were born in the Zarza de Granadilla breeding centre in Caceres. Both centres are managed by the National Parks Autonomous Organization.

Over the years, 238 Iberian lynx cubs have been born in the breeding centres and 150 of them have been released into the wild in different areas of the Iberian Peninsula.

Although the cubs are incredibly cute, be warned as they “suffer a phase of aggressive behaviour around seven weeks of age in which the cubs establish their hierarchy based on aggressions that can end with the death of one of them” the government said in a press release on June 2.

“At this time, five of the eight litters have passed this aggressive phase and the technicians at the centres trust that the remaining three can also overcome it successfully,” it added.

The number of Iberian lynxes in the wild has rebounded after the native cat nearly became extinct at the start of the century. There are now 1,111 of them in what is seen as a major conservation success story.

Some 414 cubs were born last year.

The largest number of lynxes can be found in Andalucia with the region accounting for 87 per cent of the entire peninsula’s lynx population and more than half of the lynxes in Spain.