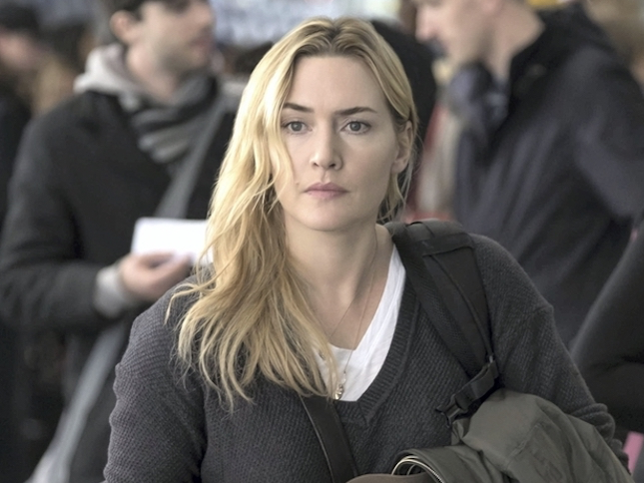 British star Kate Winslet says she refused airbrushing and would not let the director of her new series edit her tummy out of sex scenes.

WINSLET, 46, is the star of Mare of Easttown, a gritty and bleak whodunnit about a middle-aged detective set in small-town America.

She told the New York Times she was surprised by how fans have fallen “in love with this wildly flawed, messy, broken, fragmented, difficult woman. I loved her marks and her scars and her faults and her flaws and the fact that she has no off switch, no stop button. She just knows ‘Go.’

“Not only did I have to hide myself in the character completely, but I had to hide this story, carry the secret. I kept it hidden since 2018 when I first read the scripts. My job was to take them on this horrendous journey and hope to God that they’d be prepared to come into the attic with me at the end. It has been agony, agony, agony,” she said.

The show is “about mothers protecting their children at all costs, and the lengths that a parent will go to in order to protect their children.”

But the many plot twists lead to a “heartbreaking ending” she warned. “Oh God, it’s just unbelievable, it’s heartbreaking.”

Kate, 46, said she knew people were wondering “Oh my God, how can she let herself look so unglamorous?” for the role, but she insisted on authenticity.

When the director, Craig Zobel, offered to cut “a bulgy bit of belly” in a sex scene, she said “Don’t you dare!”

She also refused to approve promotional material she thought had been airbrushed too much.

“They were like ‘Kate, really, you can’t,’ and I’m like ‘Guys, I know how many lines I have by the side of my eye, please put them all back,’” she told the NYT.

“Listen, I hope that in playing Mare as a middle-aged woman – I will be 46 in October – I guess that’s why people have connected with this character in the way that they have done because there are clearly no filters. She’s a fully functioning, flawed woman with a body and a face that moves in a way that is synonymous with her age and her life and where she comes from. I think we’re starved of that a bit,” she added.

Kate was also critical of the impact of social media on the acting industry.

“I have certainly heard, twice, of certain actors being cast in roles because they have more followers. I’ve actually heard people say, ‘She’s not who we wanted to cast, but she has more followers.’ I almost don’t know what to say. It’s so sad and so extraordinarily wrong. I think the danger is not just for young actors but younger people in general now. I think it makes you less present in your real life. Everyone is constantly taking photographs of their food and photographing themselves with filters,” she said.

“What worries me is that faces are beautiful. Faces that change, that move, are beautiful faces, but we’ve stopped learning how to love those faces because we keep covering them up with filters now because of social media and anyone can photoshop themselves, and airbrush themselves, and so they do. In general, I would say I feel for this generation because I don’t see it stopping, I don’t see or feel it changing, and that just makes me sad because I hope that they aren’t missing out on being present in real life and not reaching for unattainable ideals,” she added.