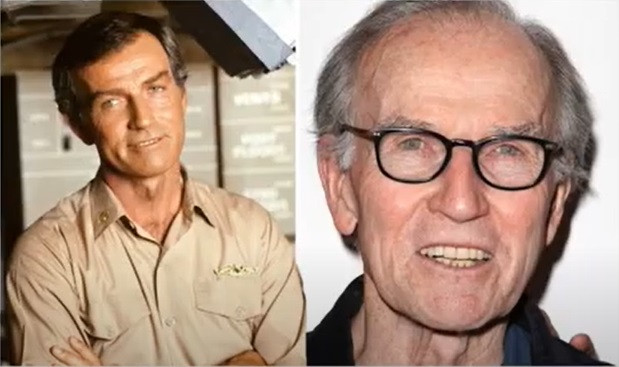 Veteran actor Robert Hogan, who appeared in over 100 primetime shows, has died at the age of 87.

According to his family’s announcement in the New York Times, Hogan died due to complications from pneumonia at his home in Maine on May 27. He had been living with vascular Alzheimer’s disease since 2013.

Born in Jamaica, Queens, Hogan served as a member of the U.S. Army in Korea and went on to study engineering at New York University after an honorable discharge. As a student, a professor took notice of Hogan and suggested he take an aptitude test to help decide if engineering was really the right professional path for him.

His test results suggested Hogan enter the arts, which sent him down a six decade-long path in the film and television industry. The New Yorker’s first move was to refine his skills as an actor at Manhattan’s esteemed American Academy of Dramatic Arts.

Hogan continued to maintain an active television career throughout the 1980s, appearing as a guest actor on such shows as Airwolf, Barnaby Jones, The Incredible Hulk, Knight Rider, Laverne & Shirley, Magnum, P.I., Quincy M.E., St. Elsewhere, and T.J. Hooker to name just a few. He also portrayed the recurring roles of Dr. Wylie Graham on Murder, She Wrote (1984–1989) and Vince McKinnon on Another World (1987–1989, 1991). He also appeared in a number of television movies including Natalie Wood‘s final completed film The Memory of Eva Ryker (1980), and in the role of John F. Kennedy in the film Prince Jack (1985).

During the 1990s Hogan returned to working in the theatre. He made his Broadway debut in November 1989, as Capt. Matthew A. Markinson in the original production of Aaron Sorkin‘s A Few Good Men, remaining with the show for more than a year. He returned to Broadway in 1992 to portray the roles of the Ghost and the Player King in William Shakespeare‘s Hamlet. He also appeared in numerous Off-Broadway productions, including Neal Bell‘s On the Bum (1992), Mark R. Shapiro‘s The Shattering (1996), Frank Pugliese‘s Hope is the Thing with Feathers (1998), and John Logan‘s Never the Sinner (1998). For his performance in the latter play he won an Outer Critics Circle Award.

Hogan’s appearance in a 1965 episode of The F.B.I. titled “All the Streets Are Silent” was briefly featured during a scene in Quentin Tarantino‘s Once Upon a Time in Hollywood in 2019.