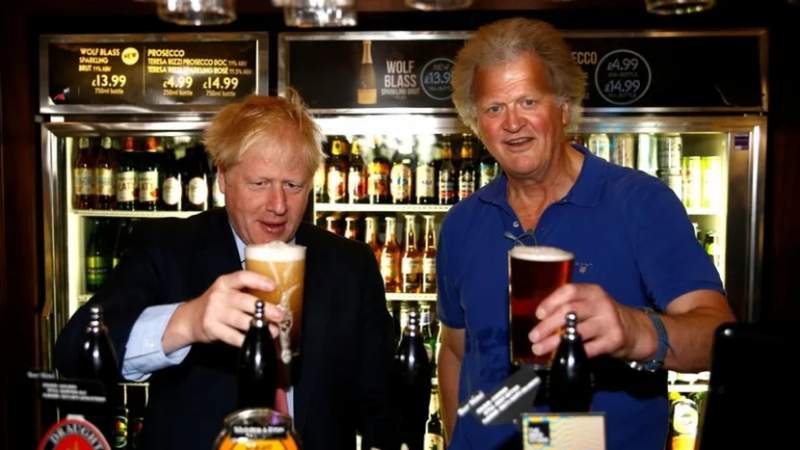 Wetherspoons is running out of beer because of Brexit. image: Wikimedia

Wetherspoons boss Tim Martin has called for more EU migration to help tackle the shortage of bar staff available for work in the UK.

The pro-Brexit multimillionaire has urged recently married Boris Johnson to introduce a “reasonably liberal immigration system” controlled by Britain rather than the European Union.

He recommended the PM adopt a visa scheme for workers from the bloc to help the country’s pubs and restaurants hire more staff as they recover from the coronavirus pandemic.

Mr. Martin, who was a vocal supporter of the UK’s departure from the EU, also suggested that countries geographically closer to the UK could be prioritised for the programme.

He told the Daily Telegraph: “The UK has a low birth rate. A reasonably liberal immigration system controlled by those we have elected, as distinct from the EU system, would be a plus for the economy and the country. America, Australia, and Singapore have benefitted for many decades from this approach. Immigration combined with democracy works.”

A man who built an app in his spare time that highlights independent pubs close to Wetherspoons venues said he was amazed by the response. The details of approximately 2,500 pubs had been uploaded to the app, with nearly 1000 recommended by users and landlords.

Back in March, while waiting for the government’s furlough scheme to kick in, chairman Tim Martin faced intense public backlash after reportedly telling his 34,000 team members they would not be paid in the interim and encouraging them to apply for jobs elsewhere. Many pub-goers warned that they would neither forgive nor forget how the chain had chosen to treat its staff during the pandemic.