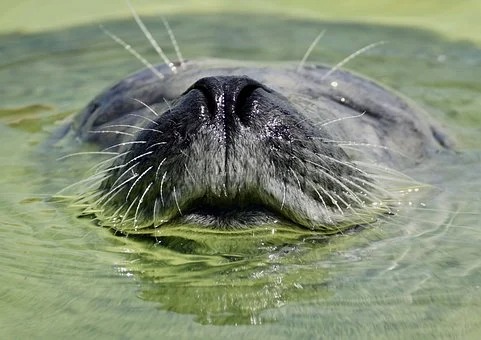 CHEEKY seal near Dorset astonishes paddle boarder by hopping on his board to bask in the sun with him.

The bank holiday saw many people across the UK basking in the sun and enjoying the stunning weather and one seal decided to join in the fun. The cheeky seal hopped on board Cenk Albayrak-Touye’s paddle board before it spent a relaxing time basking in the sun.

For the most part the seal seemed to ignore the board owner’s and took the time to relax on Bank Holiday Monday near the Dorset coast.

The seal took a good look at its host before it disappeared back into the water. Cenk, aged 25, is an English teacher and had only been out on his board a few times when the seal decided to hop aboard. He had been paddle boarding near Brownsea Island in Poole Harbour with his dad when the seal popped over to say hello.

Speaking of the astonishing event the paddle boarder commented that: “I have only ever seen a glimpse of a seal so this was the last thing I expected.

“Me and my dad have recently bought paddle boards and this was only the fourth or fifth time we had been out on them.

“We had gone a bit further afield and I sat down to keep my balance.

“My dad didn’t realise why I had stopped because I didn’t want to shout out in case I scared the seal.”

The novice paddle board was slightly worried that the big seal could overbalance them and make them fall into the water but both remained safely aboard.