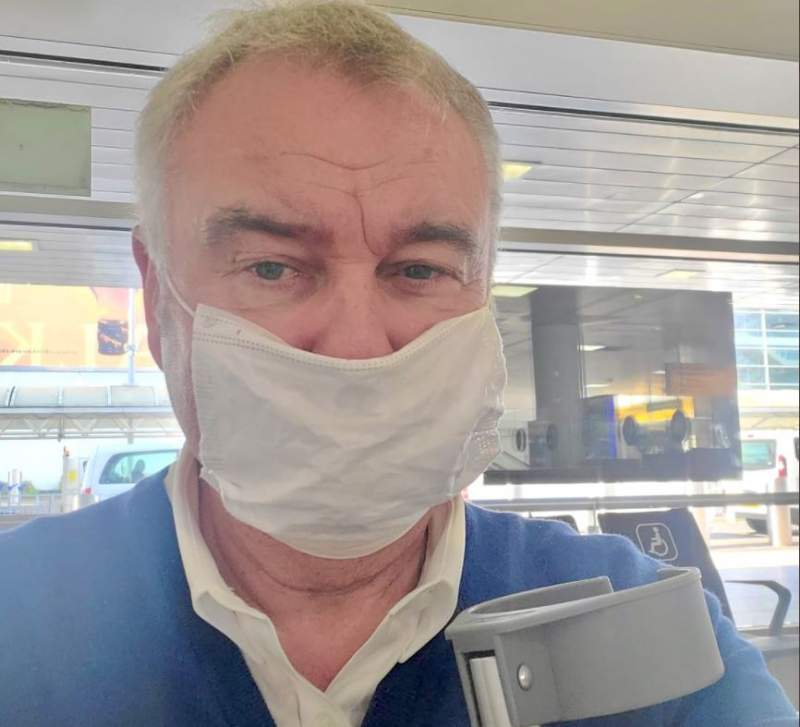 Eamonn Holmes has been spotted on a Scottish mini break limping on his crutches after dislocating his pelvis.

Eamonn was determined to make the most of the long bank holiday weekend and looked to be recovering well during a mini break in Scotland. He has been suffering for several months due to chronic pain from a dislocated pelvis, but things now seem to be improving and the pain is hopefully a thing of the past.

The veteran TV presenter was making the most of his time at a golf course, and was determined to get around and even made it to the Ayrshire poet’s Robert Burns’ cottage.

Eamonn took to Twitter to share the mini break with his one million followers. He commented that: “Determined to still get around. Been to Bonnie Scotland over the Bank Holiday. Crutches and all…”

The TV star previously commented on his agonising pain and told This Morning viewers that: “About a month ago I did something to my back, I don’t know what. It could have been getting into a car, getting out of bed, whatever.”

After seeking medical treatment, it turns out that Eamon had dislocated his pelvis and he later revealed that he had slipped three discs in his back too.

“So many of you have this chronic pain from all sorts of different sources.”

Eamonn has been recovering well and revealed to his Twitter followers that he feels he is making progress and that the chronic pain now seems to be over.