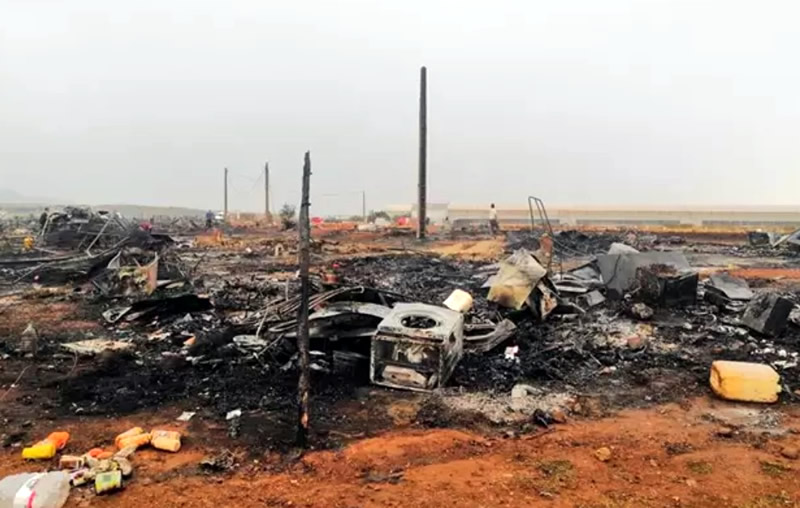 After the recent fire in the shantytown of Los Albaricoques or ‘Walili’, in Níjar, Almeria, a group of architecture students from the University of Granada (UGR) have launched a ‘GoFundMe’ campaign to try and raise funds to rebuild the infrastructure of the immigrant settlement that saw around 200 people affected by the blaze.

Two people were arrested by the Guardia Civil at the time of the fire, suspected of arson, while a 45-year-old man also suffered injuries in the fire, and now these kind-hearted students hope to raise in the region of €10,000 (£8,600), with the first €2,000 (£1,700) already achieved, with a spokesperson for the students telling the Capalu Settlements Project group that their aim is to “once again provide the place with a quick and easy-to-mount infrastructure to provide shelter”.

The students recall how they had worked in the migrant settlement – which is now reduced to a pile of ashes – prior to the fire which has affected by their estimation some 800 migrants, and the group claims they have had no support of any kind from Nijar town hall, so, “we have decided to get going to provide an immediate and temporary solution”.

As a result, the students have contacted professionals, students, and professors from other universities “in order to collect as many ideas and solutions as possible. Our intention is to look for companies that want to get involved in the project by providing materials, or any kind of help, and thus join forces, along with people who help both in the collection of materials and in the construction of the project”, as reported by Europa Press.