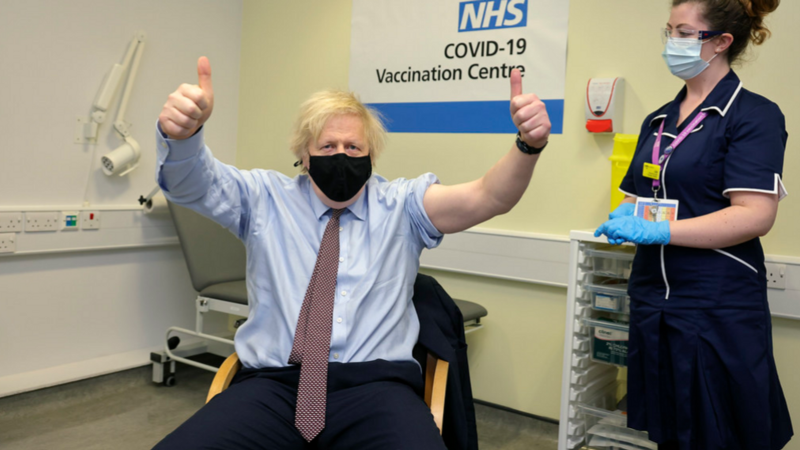 30 million people in the UK, including Boris Johnson, have had their second jab. Image: No 10

Prime Minister Boris Johnson received his second vaccine jab just as half of the adults in the UK are thought to have received both doses of a vaccine, according to new figures.

Recently married, the Prime Minister got his jab at the Francis Crick Institute in central London on Thursday evening, June 3. Mr Johnson gave a thumbs up after the jab and said he “didn’t feel a thing,” the same reaction he gave to his first dose at St Thomas’ Hospital in central London in March.

A photo of him having his second inoculation was released on his official Twitter account with the words: “Second jab done. When it’s your turn, get the jab.”

The second injection came just under 11 weeks after his first dose on March 19 and was administered by Dr James Black.