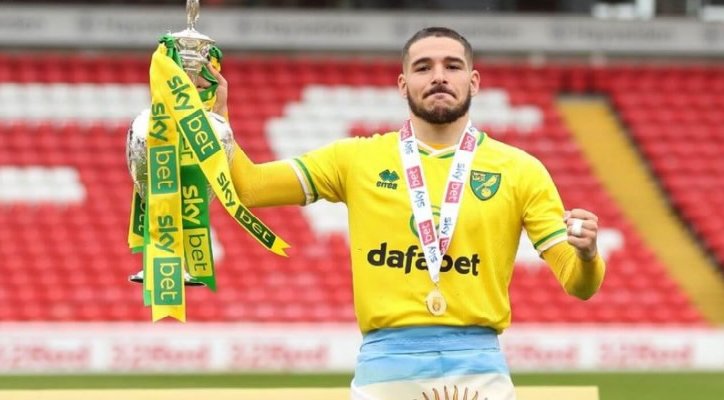 Buendia has completed a medical in Argentina, where he is currently training with his international teammates for the upcoming Copa America, although the player missed out on the chance to make his senior international debut last Friday, in the 1-1 draw with Chile.

Norwich City apparently refused an offer from Arsenal, and now, with bonus add-ons, the fee to see Aston Villa sign Buendia could go up to around the £40m mark.

With everything to prove still at the highest level, Buendia scored 15 goals, with 16 assists this season for the Canaries, the highest number of chances created by any player in the Championship, where, following Norwich’s promotion back into the Premiership, he was also voted the player of the season for 2020-21.

This deal is Norwich’s highest ever amount received for selling a player, and it is a good business deal when you consider they paid Spanish club, Getafe, just over £1m for him back in June 2018, and his return on their investment in his three seasons at Carrow Road has been 24 goals, and 42 assists.

Gerard Brand, writing for Sky Sports, said, “Villa spent a third of the season without their talisman Jack Grealish, and still managed a comfortable mid-table finish. Nevertheless, there is always room for improvement, and depth is key”.

He continued, “Keinan Davis finally has a Premier League goal to his name, and Wesley is back from 17 months out with an ACL injury, but both offer a relatively unproven back-up should Ollie Watkins get injured. Though Trezeguet, Bertrand Traore, and Anwar El Ghazi have chipped in with important goals this season, there is still a feeling among Villa fans that consistent quality from out wide is needed”.

Adding, “Elsewhere, a back-up upgrade in one or both of the full-back areas is key, while the January signing of Morgan Sanson suggests any midfield additions will be down to opportunism rather than necessity. As with last summer, a lot will depend on Villa keeping Grealish”.