Firefighters Warn Of The ‘Sweet Death’ With New Electricity Rates 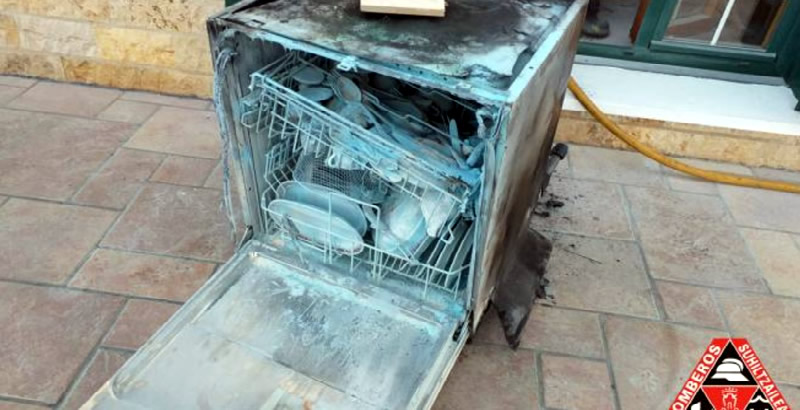 With the new electricity rates coming into force on June 1, firefighters have a new sense of trepidation, having experienced terrible incidents brought about by householders leaving electrical appliances working while they have gone to bed, and firefighters warn of this danger.

One such incident was recalled by a Fire Brigade officer during an open day at the Pozuelo Fire Station, in the Madrid municipality, eight years ago, when he told a group of children who were visiting the facilities, “Ask your parents to never leave the dishwasher on at night”, as he recounted the time he and his team had entered a smoke-filled home in Madrid, only to find all the members of a family dead in their beds.

It turns out the family had gone to bed leaving the dishwasher running, only for it to burn out and go on fire, but while the fire did not cause any damage, the carbon monoxide fumes given off by the machine burning out poisoned the family members as they slept, something firefighters warn of to homeowners, which they know as ‘the sweet death’.

Already this April there have been two such instances of dishwashers burning out and causing house fires: one in Segorbe, Castellón, and another in Vitoria, the capital city of the Basque country, and now that it is cheapest to run electrical appliances during the night time hours, and with dishwashers and washing machines known to be two of the appliances that consume the most electric, fire experts – without being alarmist – are urging homeowners to be aware of these hidden dangers.

Roberto Alonso, a Fire Brigade officer in Madrid commented, “The biggest risk we have when using the appliances at night is that there is no longer face-to-face control. If there is a bug or a problem, it will take longer for the user to discover that bug”, as reported by 20minutos.es.

He continued, “If it is only that it stops washing, there is no problem, but in the event that there is a short circuit and the problem increases, the user will take longer to realize it. If there is a problem in the dishwasher and it starts to catch fire, the user is sleeping, because he will not stay up at night to watch over it, and it will take until he realises that that appliance is on fire. And response time is important for firefighters”.

“A very big problem is that the house begins to fill with smoke, due to a short circuit or a derivation in the use of appliances, whether they are dishwashers, washing machines, or now that they are beginning to leave charging electric scooters inside the homes, or even the mobiles themselves. If no one in the family notices, the house fills with smoke, and in the end, you can die simply because of that smoke that has generated the short circuit or derivation”, added the officer.