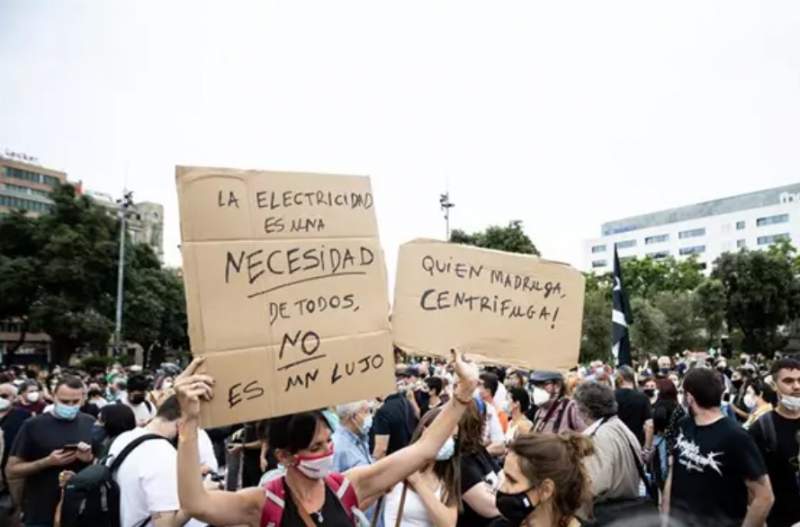 Hundreds of people gathered in Barcelona today, Saturday, June 5, to protest against the rise in electricity prices. Over 200 people joined the rally, according to figures from the Guardia Urbana, and gathered in the afternoon in the Plaza de Catalunya, Barcelona.

The group chanted slogans in support of the working class and displayed banners with the words ‘Electricity is a necessity for all, it is not a luxury’.

The protest, which has been part of a series of mobilisations, was apparently carried out simultaneously across different regions in Spain, began shortly after 6 p.m., and began to dissolve around 7 p.m.

More than a hundred people gathered in The Bulevar de Gran Capitán in Córdoba and also protested against the price rise.

The average electricity bill has shot up 43.8% compared to May last year, thus maintaining its upward trend in recent months.

The average bill for a domestic consumer amounts to 75.92 euros in May, compared to 75.32 euros in April, according to data collected by Europa Press from the simulator of the National Commission of Markets and Competition (CNMC).