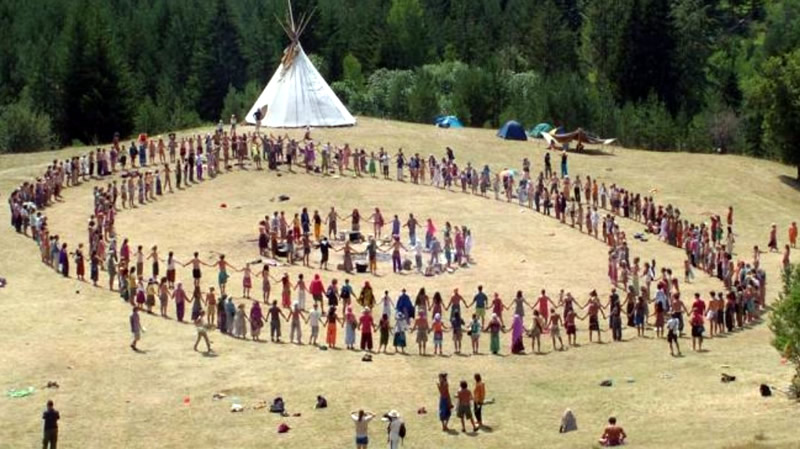 A group of around 200 hippie-style people, better known collectively as the Rainbow Family, is currently camped in the Sierra de la Demanda region in La Rioja, where, among other daily rituals, they practice sex outdoors.

Their intention is to stay in this area where they will continue to perform their own daily rituals until the next lunar cycle, which takes place on June 10, with the group, made up of people of different personalities and ages, between themselves. singing, dancing, and having sex, believing that they will change their destiny with the dawning of each new lunar cycle.

The original Rainbow Family was born in America in the 1970s, where, in typical hippie fashion, they pledged to promote peace, love, and connection with nature as a way of life.

Now, the Guardia Civil has moved into the camp – in light of the current coronavirus restrictions – where the group is clearly camping illegally, and possibly in breach of several regulations relating to the restrictions, it is reported that the police are considering evicting them.

Allegedly, the Guardia Civil searched the personal belongings of all the people in the group and did not find any illegal drugs or substances, the only druglike item found being viagra-type tablets, although it could be construed that the sexual practices they carry out between them are not really compatible with the current sanitary measures, as well as exceeding the limit of ten persons in any meeting.

The Arcoíris Family was already settled in Spain in 2016, specifically in Huesca, but the health situation this time is different, so the officers are reportedly waiting for instructions to evict the group from the area, as reported by 20minutos.es.