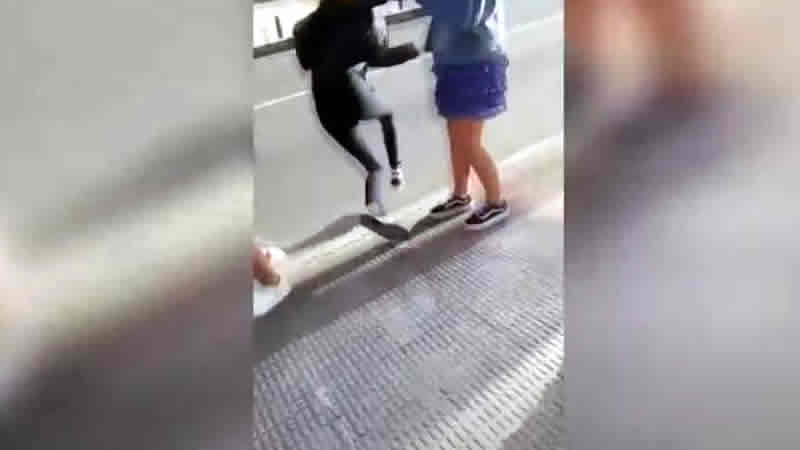 The latest viral game craze among teenagers almost ended in tragedy for one fourteen-year-old girl on May 30, in the Basque town of Ortuella, Vizcaya.

This new game involves a mobile phone, a viral challenge, and usually a lot of fun and laughter as a result, but on May 30, the result was far from that as the group of three friends was walking along the street, and one of them, the 14-year-old, was challenged to barge into total strangers on the street and see what will happen.

With her friends recording it on the mobile, they waited for suitable ‘victims’ and then suddenly pushed the girl towards two passers-by, who somehow managed to step out of the way, and the girl careered out into the road and was hit head-on by a car, with the driver unable to swerve or brake in time, with the girls’ friends being heard screaming as the accident unfolded in front of them.

Luckily, she was conscious and was transferred to the hospital where she was treated for minor injuries, but the Ertzaintza and Local Police also wanted to interview her and her friends, and as you can hear from the short eight-second video below, the whole incident could well have had a different ending, with her one friend fearing the worst, heard screaming and sobbing “no, please”, as her friend was hit by the vehicle, as reported by elespanol.com.