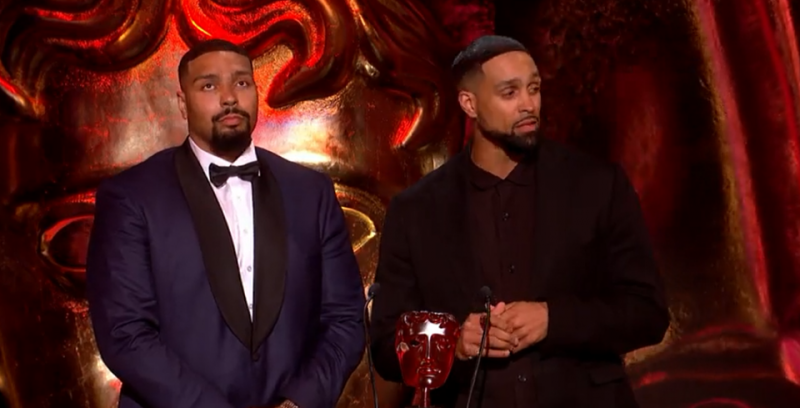 EMOTIONAL Ashley Banjo fought back tears over the ‘dark time’ amid racist abuse as Diversity’s Black Lives Matter dance won a Bafta. The dance troupe’s routine on last year’s Britain’s Got Talent received over 30,000 complaints, according to OFCOM.

Meanwhile Ashley, his brother Jordan and his fellow performers also received horrific abuse online, and Ashley made reference to that “dark time” as he accepted the award for Must-See moment at tonight’s ceremony.

Taking to the stage with his younger brother, Ashley, 32, gave a passionate speech.

His voice full of emotion, he said: “I’m in bits man, this is mad. This is so much more than an award. I want to say first thank you to every single person who voted for us, it means so much. Thank you to everyone who stood by us, every phone call, text, comment, DM, you guys made the difference to what was a really dark time.

“Being in the storm of 30,000 complaints, just a torrent of racially charged abuse, threats, all of it, it was a very dark time, but that support made a difference.”

He then surprisingly thanked the social media trolls and haters, saying: “In a way, I have to say thank you to the people who complained, to the people who did put all that abuse out there online, because you showed the truth. You showed exactly why this performance and this moment was necessary.”

The performance that sparked the complaints took place in September 2020 and was inspired by the events of the past 12 months, including the protests against police brutality sparked by the death of George Floyd. The routine drew 31,000 Ofcom complaints and Ashley himself was subject to horrific racist abuse online.