Do You Still Have Pesetas To Change? You May Be In For A Suprise As They Could Earn You A Fortune! 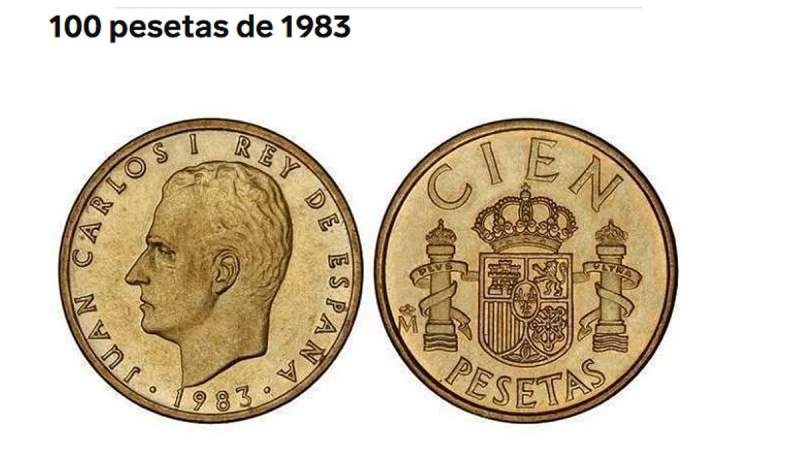 Do You Have Pesetas Still To Change? You May Be In For A Suprise As They Could Earn You A Fortune!

It has been almost 20 years since Spain exchanged pesetas for the euro and began the process of collecting and exchanging the currency. However, it is estimated that the public still have 1,586 million euros in unchanged pesetas notes and coins.

What many citizens do not know is that the passage of time and the with the special characteristics that some pesetas have means they have been revalued and become worth a real fortune today, according to specialised websites Foronum and Todo Colección.

Peseta 1987 E-87 : collectors pay around 45 euros for this coin minted on the occasion of the III National Exhibition of Numismatics.

25 pesetas from 1995: the mythical one with the hole in the center (there is one from each Autonomous Community depending on the year). They can be worth up to 100 euros!

100 pesetas from 1966: there are several variants of this classic silver coin that was manufactured in 1966. If you have a 1969 coin you can get about 145 euros, but if you have a variant from this year that has a straight stick, you can sell it for 400 euros .

1 peseta 1947: you can sell them for about 1,400 euros. On the coin, you could see the effigy of Franco and they were popularly known as “Rubias”.

2,5 pesetas from 1953: due to how complicated it is to get one, they can be sold for 1,700 euros, always depending on its state of conservation.

The deadline for exchanging pesetas bills and coins ended on December 31, but it has been extended until June 30, 2021 due to the pandemic. These are the steps to cash in your coins, as reported by the Bank of Spain :

Make an appointment at the Bank of Spain. It can be at the Madrid headquarters (calle Alcalá, 48) or at any of its 15 branches spread over several national cities- hours are Monday through Friday, from 8:30 a.m. to 2:00 p.m.

-Identify yourself. The interested person must show their ID, passport or residence card if the amount to be changed is at least 1,000 euros. However, it is advisable to carry the identification in any case, since they can ask for it even if the amount is less.

– If you are abroad , you can carry out the process of exchanging pesetas for euros by post. To do this, you must send your notes (in this case coins are not allowed) together with a completed form, which you can also submit electronically. And finally, good luck- You never know what you have hiding in that bottom drawer!