Lewis Hamilton On The Front Row For Azerbaijan Grand Prix 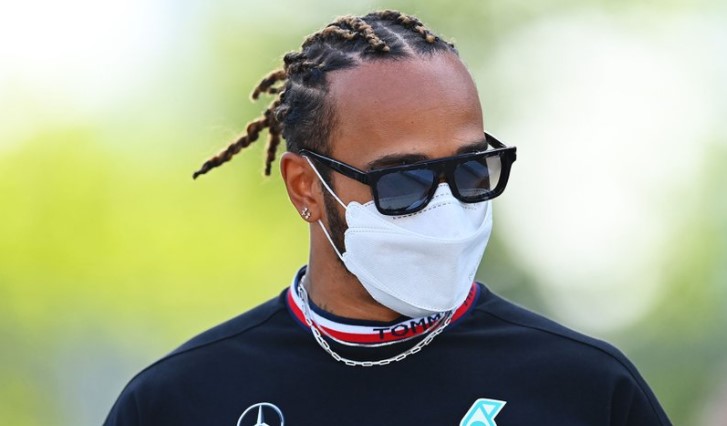 Seven-time F1 world champion, Lewis Hamilton is elated to end up on the front row of the starting grid for Sunday’s F1 race in Azerbaijan, a position he was definitely not expecting to find himself in after Friday’s disastrous qualifying session in Baku that left him outside the top 10, something he called, “a bit of a disaster”.

Yet a weekend that the racer had described as Mercedes’ “biggest challenge in a long time”, suddenly turned out not so bad, as he pushed his Red Bull title rival Max Verstappen back into third spot on the grid, with Charles LeClerc sitting on pole, in the Ferrari.

When accidents for Yuki Tsunoda and Carlos Sainz brought out red flags to end the Q3 session prematurely, leaving him in second, the world champion told Sky Sports, “We definitely weren’t expecting that. This is such a monumental result for us because we’ve been struggling like you couldn’t believe all weekend. You can see it”.

Adding, “We kept our composure. We’ve continued to have difficult discussions in the background and challenging one another, and just never taking no for an answer. We’ve moved around, made so many changes, over these two days. Just chasing our tail and it’s been so difficult”.

Speaking to Sky Sports F1, he said, “It was really terrible to drive for the past couple of days – and we know this car is not a terrible car. The work overnight and particularly between the sessions was amazing from the team and really proud of everyone for keeping positive. To be up there and so close to these guys is a great start”.

“But we also know we are not the strongest right now, so for us to turn it around and to be in the top three competing so closely with the Red Bulls and the Ferraris, who have been just destroying everyone last weekend and this weekend, is just great to be in the fight. We have got a race tomorrow and we are in a position to get some good points. I’m just excited”, said a very happy Lewis hamilton.

The Comeback 💪🏾
That’s P2 secured. Really proud of the team for all of their hard work, they really pulled through on this one! #Teamwork #AzerbaijanGP pic.twitter.com/zlAT7LIrfz