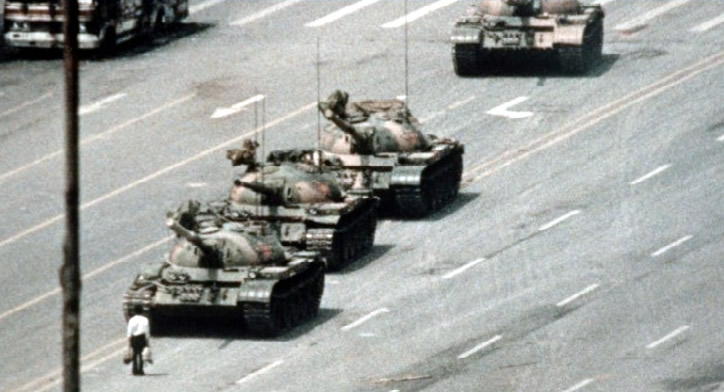 Microsoft Corp. has blamed “accidental human error” as the reason for its search engine Bing not showing any search results when people searched for the words “tank man” briefly on Friday.

Users from many parts of the world, including the United States, complained that when they made the search for the words “tank man”, their search came up empty, with no image result being displayed.

Last Friday 4 was the anniversary of the 1989 incident in Tiananmen Square in Beijing, China, when a bloody military crackdown on pro-democracy protesters took place, and the term “tank man” is in reference to the moment one unidentified man stood in front of a line of tanks that were exiting the square, and a standoff ensued, with the iconic image captured forever, and seen by many since as a symbol of defiance around the world.

In a statement, Microsoft claimed that the search result issue was “due to an accidental human error and has been resolved”, and some hours later, people searching for “tank man” were successful, and the search result image was displayed, as reported by wltribune.com.

There was no further comment by Microsoft as to what the “human error” was, or how it had occurred, neither did it comment about how much of its Bing team is based in China.

Microsoft’s biggest development and research team outside of America is located in China, and in January it posted a job vacancy looking for a software engineer who was living in China, who would be able to lead a Bing team that is in charge of developing the technology that powers the Bing image searches.

Search engines, social media platforms, and websites that operate in China have to meet strict Chinese government criteria, with keywords and results deemed politically sensitive, or critical of the government, required to be censored, and all images and references relating to the 1989 Tiananmen Square incident are blocked in China.