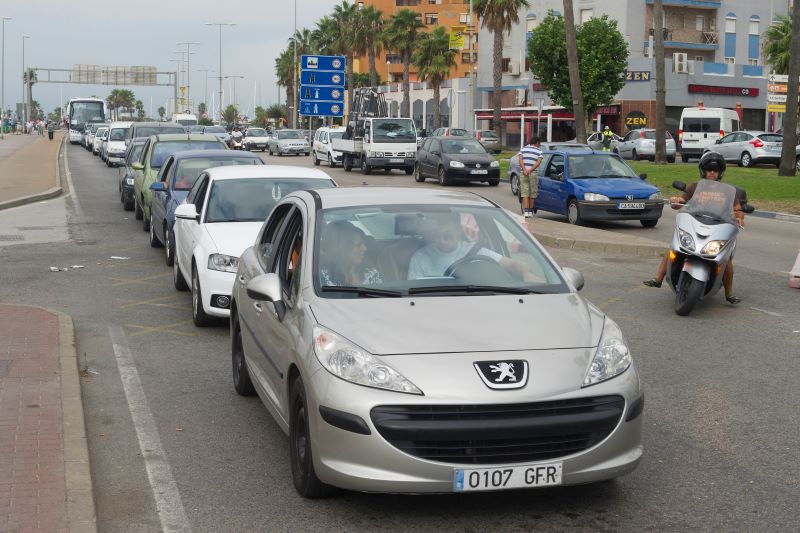 IF you are thinking of visiting be prepared for delays as passports are being stamped in Spain when entering and leaving Gibraltar.

There has been a lot of disquiet recently as visitors to and residents of the Rock have found themselves in long queues as the National Police who act as Spain’s border patrol at the crossing are in many cases stamping passports.

As there are only two open channels for cars in the rush hour and just one at other hours as you try to drive in to Gibraltar and the officer has to take your passport into a booth and stamp it before returning it, it does cause considerable delays often exacerbated when the runway is closed to allow increasingly more flights to land and take off.

This is a new activity but is not a change in Spanish Government policy as they have simply instructed border officials to ensure passports stamped entering Gibraltar in accordance with Schengen rules concerning movement into and out of non-Schengen territory.

To make matters more confusing, there are three types of Gibraltar residency cards, blue, issued to UK nationals and EU citizens resident in Gibraltar, green for non-EU residents living in Gibraltar and red issued to those born in Gibraltar.

Those with red cards don’t have to have their passports stamped (and many Gibraltarians enter and leave without showing a passport) but those with green or blue do which adds to the delay.

Due to the high cost of property in Gibraltar there are large numbers of workers, many of the them British passport holders, who live in Spain and work on the Rock on a daily basis and they are worried that their passports will be filled very quickly if this practise continues.

According to the Gibraltar Broadcasting Corporation, the Chief Minister Fabian Picardo has been in touch with the UK and Spanish Governments and has been assured that the stamping will revert to the position that existed previously – but for Gibraltar residents only.

Leaving Gibraltar there are six lanes of traffic narrowing down to two on the Spanish side and normally there is only one officer on duty, so if stamping does take place, then queues will last for hours, especially at rush hour when cross border workers are leaving in their droves.

All of the above also applies to those crossing the border on foot.

There is still confusion on the border as this writer entered and left Gibraltar by car on Saturday June 5 and simply showed his British passport to the National Police officer through the window of the car and was waved through.

Following the New Year’s Eve in Principle Agreement, Gibraltar, the UK and Spain agreed that a series of bridging measures would be put in place to provide for a degree of continuity and normality in the Rock’s relationship with the EU and Spain, while a new UK-EU Treaty about Gibraltar is negotiated.

In theory this was supposed to be completed by June 30 and needed final approval from the 27 member states of the EU but it appears that this is unlikely to happen and the date is expected to be extended.