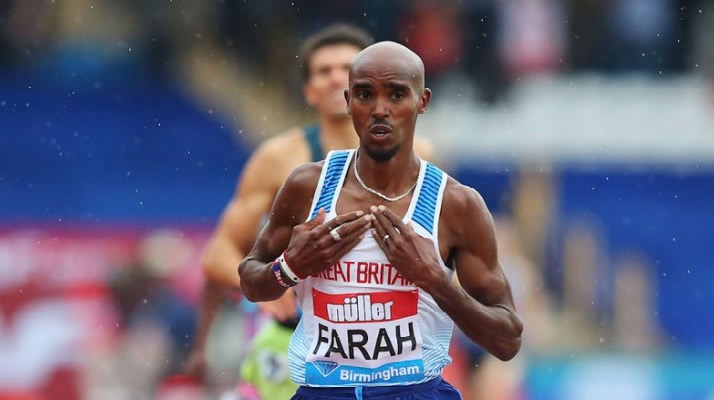 Beaten by fellow British athlete, Marc Scott, Sir Mo ended the race – which doubled as an Olympic trial – in eighth position, crossing the line in 27 minutes, 50.54 seconds, and explained after the race that he had been carrying an ankle injury, saying “I’m disappointed with the result”, as Morhad Amdouni of France won in 27:23.39.

“The last 10 days haven’t been great, but no matter what I achieve in my career it’s important I come out and show at the trials. It would have been easy not to show. I dug in deep and with 15 laps to go, you know my face, I was hurting hard. I had to keep fighting and digging in”, he said.

Adding, “What makes us great is being able to challenge yourself and prove it. So that is what you have got to do as the next stage”, and now he has until June 27 to get inside the 27:28 standard for Tokyo, according to the BBC.

There is still an alternative for Sir Mo, to compete instead in the 5,000m, an event he also won the gold medal in at both the London 2012, and Rio 2016 Olympics, and he has the opportunity to qualify for that event if he competes on June 26 in the British Championships.

In what was Farah’s first 10,000m race since 2017 in the London Stadium, when he won the world title, today’s performance showed that maybe time is catching up with him, as Scott’s result, finishing 0.7 seconds ahead of Farah, sees him qualify for Tokyo, highlighting his previous prediction that Farah’s aura of invincibility had faded.