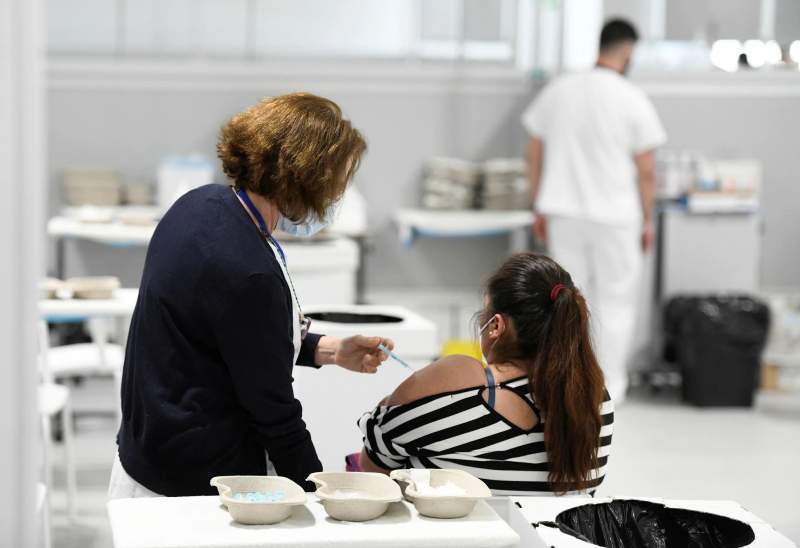 Vaccination Rates In The Balearics Are Among The Lowest In Spain But So Are Infections. image: Pixabay

Vaccination Rates In The Balearics Are Among The Lowest In Spain But So Are Infections.

The vaccination programme in the Balearics has always been among the slowest in Spain, but yet, new infections are very low.

The Friday, June 4, report from the health ministry indicated 23 new positive cases, nineteen fewer than Thursday. There were 17 in Mallorca, three in Ibiza and three in Minorca with a test rate of 0.93% based on 2,473 tests; Thursday’s rate was 1.18% from 3,559 tests.

According to figures from the national ministry of health as of June 4, the region in Spain with the lowest percentage of its target population vaccinated is the Balearics.

The percentage of the Balearic target population to have received at least one dose is 40.6%. The highest percentage in the country is 57% in Asturias. The closest to the Balearics at the bottom of the list are Murcia (43%), the Canaries (43.6%) and the North African city of Melilla (43.8%).

The vaccination rate in the Balearics has consistently been slower than in other regions. The regional health ministry’s explanation in the early weeks of the vaccination programme was that the Balearics has a younger population and so regions with older (and more vulnerable) populations were receiving proportionally more vaccines. Appointments for 40 to 44-year-olds will be available from Monday.

A total of 244,000 people in the Balearic Islands have received at least one dose of the vaccine and nearly 100,000 have received the two required for full protection. Some 80,000 Covid-19 vaccines from the four drug companies are expected to arrive this week, with the weekly number of doses administered set to be three times last week’s figure. The region is expected to finish vaccinating the 70-and-over population this week. With respect to the 60-69 age group, 55% have received the first shot. The region has begun making vaccination appointments for those aged between 50 and 59, the largest age group until now, making up 252,389 people.