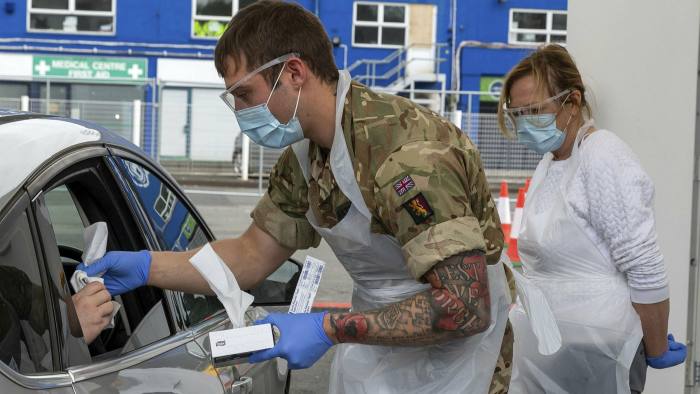 The Armed Forces have been working to support the rollout of the coronavirus vaccine programme with new deployments planned in Scotland and North West England.

Working together with local health boards and the NHS, personnel are part of Operation Rescript, the Armed Forces Covid-19 response. They are providing ongoing assistance to administer vaccines, provide logistics and planning support, as well as carrying out surge testing in response to variants of concern.

Defence Secretary Ben Wallace, said, “The Armed Forces continue to show their incredible versatility and flexibility, deploying wherever and whenever they are needed in support of this national vaccination effort.

“I am delighted to see that across all corners of the UK, military personnel are working side by side with their NHS counterparts to help get the British public vaccinated as quickly as possible,” he added.

Armed Forces personnel have deployed to Bolton and Blackburn to help the NHS, DHSC and local councils respond to the variants of concern identified in the area. Some 144 medics from across the Army are working on the vaccine programme in Bolton in addition to 75 personnel who are providing support to mass testing. They are working alongside RE: SILIENT and St Johns Ambulance service.

In nearby Blackburn, 55 personnel from 19 Regiment Royal Artillery are also supporting the testing programme, providing additional capacity to help break chains of transmission.

In Scotland, 63 members of the Armed Forces will deploy to Lanarkshire and Lothian from Monday June 7 for up to five weeks. Forty-two service personnel will provide support to NHS Lothian. This will be made up of 36 vaccinators, four registered health professionals and two command and control managers. They will be split into 4 vaccine support teams who can deploy across Lothian as required.

Twenty-one service personnel will also work alongside NHS Lanarkshire and will consist of 18 vaccinators, two registered health professionals and one command and control manager. They will form two vaccine support teams and will deploy across Lanarkshire as required.

In Northern Ireland, a Vaccine Task Group made up of 100 Combat Medical Technicians and 22 logisticians supported the mass vaccination programme for 8 weeks.

Alongside their Health and Social Care Northern Ireland counterparts, medics administered almost 121,000 vaccines which saw seven percent of the population being vaccinated against the virus by the military. Regular and reservist personnel from 32 units across all three services supported the programme at the SSE Arena in Belfast until the end of May.

This comes in addition to support the Armed Forces have provided around the world, including delivering vaccines to Ascension Island, Falklands, Gibraltar and Tristan da Cunha, and delivering other essential COVID supplies to India and Nepal.