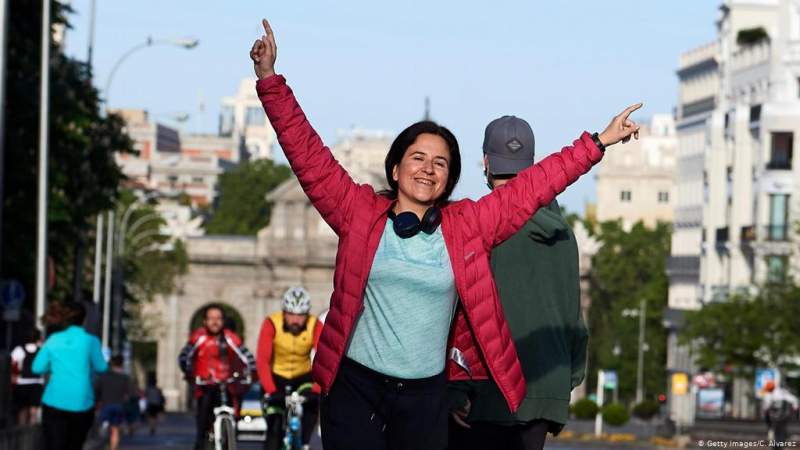 Masks May No Longer Be Mandatory On The Streets Of Spain This Month. image: Twitter

Masks May No Longer Be Mandatory On The Streets Of Spain This Month.

The director of the Center for the Coordination of Health Alerts and Emergencies, Fernando Simón, said today, Monday, June 7, that he believes that before July it might not be mandatory to wear masks in the country, although he warned that to implement this measure, an article of law must be modified, he said: “that is not done in two days.”

This was announced by Simón at a press conference at the end of the pandemic follow-up meeting, in which he appeared together with the Secretary-General of Digital Health, Alfredo González, who explained the implementation in several communities of the Digital Green Certificate.

“I think so, that it could be a good date (July), or even sometime later this month,” said Simón, although he warned that the withdrawal of the mandatory obligation to wear a mask would only first apply outdoors.

According to the epidemiologist, there are areas in which it will be very difficult to remove the mask until there has been extensive vaccination coverage in all population groups but added it may be possible to lead a ‘normal life outdoors’ before July.

In the press conference, Simón mentioned that the pandemic continues to decline slowly but stable and that this Monday the incidence in 14 days stands at 115.3, which is two points less than last Friday.

The health spokesperson stressed that there is great variability in the transmission of covid between communities, but it is now greater by age groups due to the impact of vaccination.

“Vaccination is having a very important effect on transmission,” said Simón, commenting that the number of deaths in seven days remains around one hundred when two weeks ago it was about 150 deaths a week.

He also said that ICU occupancy is decreasing faster than in previous weeks and is at 11.8% (three-tenths less than on Friday) while hospital occupancy remains at 3.3%.