Out and about in Marbella – from local festivities to international glamour 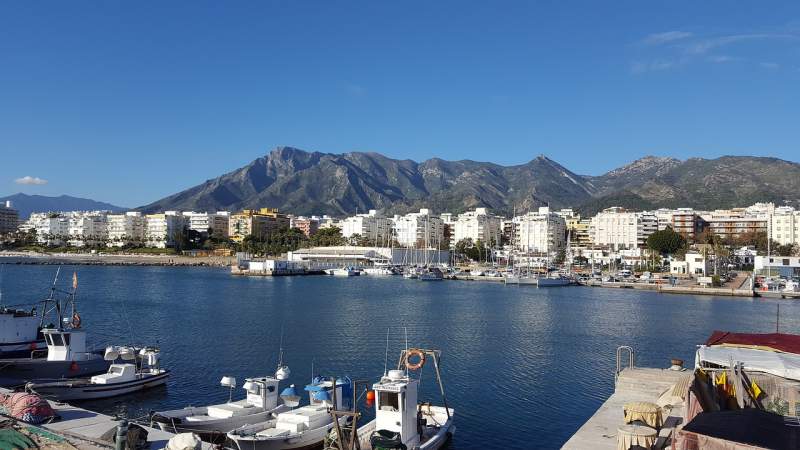 Marbella has it all

IF you’re wondering what there is to do in Marbella, look no further: the city has it all from local festivities in honour of the patron saint to the international glamour of the fashion week, film festival, Starlite and much more.

A POLL carried out on Twitter showed that 75 per cent of people consider that Marbella is still a popular tourist destination.

It comes as no surprise considering all the places there are to go and all the things there are to see. From a simple stroll along the seafront to shopping in high end boutiques surrounded by luxury yachts, there is something for everyone.

When it comes to accommodation, Marbella has everything from campsites and youth hostels to five-star grand luxury hotels, with apartments, hostals and a wide variety of hotels in between.

Some people come for the nightlife, as Marbella has some of the best and most exclusive nightclubs, including the legendary Olivia Valere or the amazing La Sala Banus, with a variety of music and themed parties, drinks and events.

MARBELLA Film Festival has been held for more than a decade now and will also be held totally online this edition.

The 16th edition of the Film Festival will be held from October 6 to 10.

Submissions for this year’s festival are open and you can submit your film via the website, www.marbellafilmfestival.com

The Marbella International Film Festival brings together artists and films from all over the world and has grown over the years since its launch in 2006, working in association with Marbella Council and Tourism Department, the Film Office and the Andalucia Film Commission. The festival includes several glamorous events which culminate with the grand Gala Awards Ceremony. It attracts visitors from near and far, including filmmakers, exhibitors, dignitaries, celebrities and many professionals from the industry, as well as specially invited guests.

MARBELLA Tourism Department includes a Film Office which provides services for anyone planning to film in Marbella.

Linked to the Andalucia Film Comission Cinema Cities Network, they provide information, representation, help with permits, searches for locations and general guidance, all for free, to simplify the process for film and TV producers who want to film on location in Marbella.

This includes permits to film in the street and in municipal buildings, coordinating with municipal services to control traffic, change the appearance of different areas, provide a place to park and set up equipment, provide information on audiovisual logistics solutions, as well as on grants and aids.

They can be contacted on [email protected]

MARBELLA Fashion Week 2021 will be held from June 28 to July 4, and although it will mainly be online, there will be a live show at the Hotel Barcelo Marbella.

The live show is on July 3, at 9pm and access will be limited, so if you’re interested in attending, you should contact [email protected] for tickets.

There will be more than 60 international designers taking part in the event, which organisers hope will be held with audiences in 2022 with many of the same designers attending.

For more information about the event, visit www.fashionweekmarbella.com or follow all the news about it on Facebook and Instagram, where you will find details about all the participating designers.

MARBELLA Arena is reopening this summer to provide a venue for entertainment and cultural events on the Costa del Sol which will attract all types of audiences. Located in the old bullring in Puerto Banus it promises to provide an exceptional cultural surrounding.

In July, there are events such as the Elton John Experience with Paul Maxwell ‘The Piano Man’ and the Malaga Symphonic Orchestra on June 26, Legends Forever in Concert on July 22, Sister Sledge on July 30.

If your Spanish is good, this summer there are also several comedians appearing at the Marbella Arena as well as some plays and the music of Loquillo.

San Bernabe Pilgrimage (Romeria) – The Sunday before the fair

TOWNS and cities in Spain have a patron saint; Marbella’s is San Bernabe, which is why the local fair and pilgrimage are held before and around June 11.

The reason for this is that on June 11, 1485, Christian soldiers received from the Arab mayor of the time, Mohamed Abuneza, the keys to the city. It seems that the king was not there when Marbella was surrendered but his place was taken by soldier Don Pedro de Villandrado, who became the city’s first Christian mayor.

This allegedly took place in what is now Calle Malaga, at the Cruz del Humilladero, and although the original cross placed there to mark the event was stolen, a similar one still remains.

As June 11 is the day of San Bernabe, it was decided that he would be the Patron Saint of Marbella.

IF you’re wondering if there is anything in Marbella specifically aimed at children, here are a few ideas.

Marbella has plenty of parks for children to play in, as well as use bikes and scooters, but there is one play park out in the forest, in the Nagüeles area, which is ideal for smaller children and is also surrounded by picnic tables and exercise equipment for adults.

Speaking of forests, a firm favourite with kids is Aventura Amazonia, for children aged from four up, a tree-top adventure park with zip wires, rope bridges, climbing and much more.

With the numerous companies located in Marbella you’ll have no trouble finding things to do, from buggies and segways to catamarans and horse-riding, there are activities for all tastes.

MARBELLA is a golfer’s paradise and boasts numerous golf courses and country clubs.

Los Naranjos Country Club: designed by Robert Trent Jones, considered to be one of the Costa’s top golf courses.

Magna Marbella Golf: a lengthy course with areas for all playing levels.

Royal Las Brisas Golf Club: recognised as one of the finest in Europe.

Rio Real Golf: one of Marbella’s classic courses open since 1965.

Santa clara Golf Club: appreciated by golfers for the attention to detail.

MARBELLA is a popular location for weddings, and as such the city hall has compiled information to help anyone who wants to get married in this beautiful setting and amazing climate.

Marbella can host weddings for people of different beliefs and has settings such as golf courses, the marinas, luxury hotels, historical monuments, beaches and stunning natural surroundings.

The Marbella de Boda section on the website of Marbella council, www.marbella.es has comprehensive information on where to hold the religious ceremonies, where to hold the reception, who to contact to organise the wedding celebration, people who can officiate the wedding, where to hire the equipment that you need or a wide variety of complementary services such as flowers, catering, photographers, music, cards, cakes, dresses, food, wine and travel agencies amongst others.

MARBELLA has an infinite variety of the best and most exclusive restaurants of the south of Spain, but if you want to eat like the locals, what should you look for?

Typical dishes combine products for the sea and the nearby mountains including these specialities:

Patatas guisadas: a dogfish stew with potatoes and almonds served in a clay dish with laurel, garlic and saffron.

Gazpachuelo Marbellero: A soup made from mixing egg yolk and olive oil with bread, potatoes or rice, and egg white, with added lemon juice.

Tomato soup with sardines: accompanied with the typical rough bread, it is a super lunch.

Fish, cold soups such as gazpacho or ajoblanco, as well as sweets and cakes reminiscent of the Arab past are also popular in Marbella.

BEER lovers of the Costa del Sol, did you know that Marbella produces its own craft beers?

One company which is standing the test of time is the award-winning La Catarina, which produces one of Andalucia’s favourite craft beers. Their products are available for sale in Carrefour and Alcampo, as well as in five-star hotels such as the Marbella Club, Vincci and the Puente Romano. The names of their beers are all linked to Marbella; Sierra Blanca, Muelle de Hierro, Golden Mile, Cruz de Juanar, Altos Hornos… and there beers for all tastes, ranging from India Pale Ale to Dark Cascadian Ale.

Their beers can be ordered online and delivered fresh to your home.

Find out more things you may not know about Marbella here or read about the city’s rich history in this article.