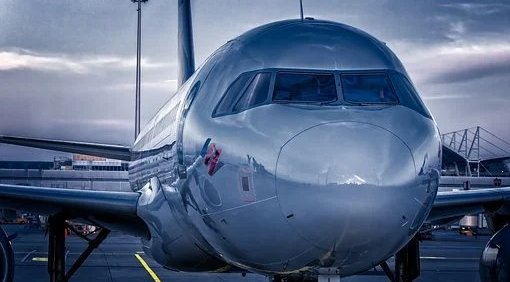 Airlines Expect To Reach 62 Per Cent Of Pre-Crisis Seats In Summer Credit: Pixabay

Airlines Expect To Reach 62 Per Cent Of Pre-Crisis Seats In Summer.

THE ongoing coronavirus pandemic has seen tourism in Spain suffer but airlines now expect to reach 62 per cent of the seats that they had available pre-crisis during the summer.

Yesterday, June 7, Spain opened its borders to vaccinated tourists, to non-EU travellers from destinations which are considered safe. Spain also welcomed cruise ships after a staggering 15 months without them.

The government now predicts that this summer somewhere between 40 to 50 per cent of the 38 million foreigners who visited Spain in the 2019 high season will return to the country. High season in Spain runs from June to September and initial data from cruises and airlines seems optimistic for recovery.

It is predicted that between June and August a staggering 21 plus million air seats will be taken up by foreign travellers. They expect to see a peak in August with over eight million seats. These figures come in at nearly triple those for the same period in 2020. Spain would still have some way to go though, to beat pre-pandemic figures.

Carlos Garrido, president of the Spanish Confederation of Travel Agencies (CEAV), fears that travel agencies could still be affected badly this summer. He commented that: “Hotels, cruises and transport have been invoicing since the end of the State of Alarm on May 9, but not travel agencies.”

He went on to explain that: “Seventy-five per cent of our sales depend on foreign and business tourism. Our recovery is going to be slower because we depend on markets that are now almost closed,” as reported Cinco Dias.

Malaga Airport expects to receive millions of visitors as almost 3.5 million seats are on offer to the Malaga-Costa del Sol airport over the next few months.

Between June and September, the number of seats on offer to the Malaga airport is a staggering figure of nearly 3.5 million seats. According to the president of Turismo Costa del Sol, Francisco Salado, the exact number comes in at 3,429,077.

Tourism on the Costa del Sol is looking good for summer. Not only are the number of air seats into the province high but also May’s hotel occupancy suggested the “beginning of the tourism recovery” for Malaga according to Salado.

Compared to last year, the figures show growth of over 100 per cent. Salado has commented on the fantastic news and said: “It is extraordinary news that points to hope because in addition to and despite what we have experienced, it seems that the work done to recover connectivity is also bearing fruit” as reported Europa Press.