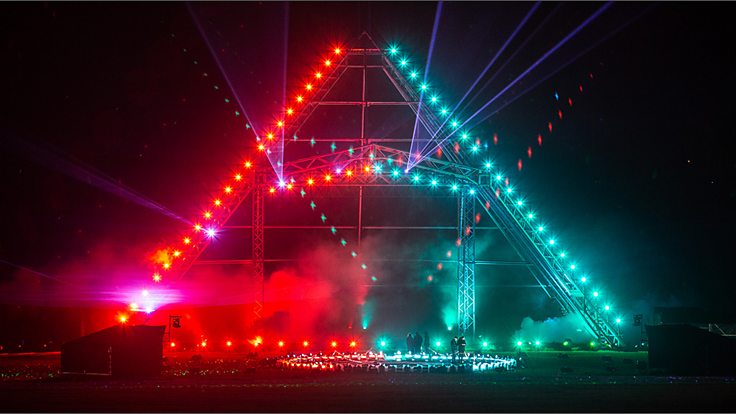 The BBC has secured the rights to broadcast footage from Glastonbury’s spectacular Live At Worthy Farm livestream concert and has commissioned a world-exclusive film which will explore behind the scenes at the event.

“Since the BBC first broadcast footage from Worthy Farm in 1997, Glastonbury and the BBC have enjoyed a brilliant relationship, so I’m thrilled that they’ll be showing highlights of our Live At Worthy Farm special,” said Emily Eavis, co-organiser of the annual Glastonbury Festival.

Viewers can catch highlights from the livestream across television, radio and online platforms between Friday 25 and Sunday 27 June, as a part of The Glastonbury Experience 2021 – the BBC’s annual celebration of Glastonbury Festival.

BBC Two will also air a 60-minute behind-the-scenes documentary, presented by BBC Radio 2 presenter Jo Whiley, during The Glastonbury Experience 2021. The programme will feature the story behind the staging of Glastonbury’s first ever festival without an audience, interviews with the artists, backstage footage and performance highlights from Live At Worthy Farm.

Lorna Clarke, BBC Controller, Pop Music said, “Glastonbury is one of the jewels in our live music calendar so many thanks go to Emily and Nick for allowing us to broadcast highlights from Live At Worthy Farm.”

“It was fantastic to return to Glastonbury to catch up with old friends whilst watching some incredible live music – at last! I’m looking forward to showing viewers exactly what went on behind the scenes of Live At Worthy Farm,” added presenter Jo Whiley

Filmed across the Festival’s Worthy Farm site at landmarks including the Pyramid Field and the Stone Circle. The ground-breaking event, directed by the multiple Grammy-nominated Paul Dugdale, saw a glittering array of artists giving their time to perform in support of the Festival and associated charities, including Coldplay, Damon Albarn, George Ezra, Haim, Idles, Róisín Murphy, Jorja Smith, Kano, Michael Kiwanuka, The Smile and Wolf Alice, plus DJ Honey Dijon.