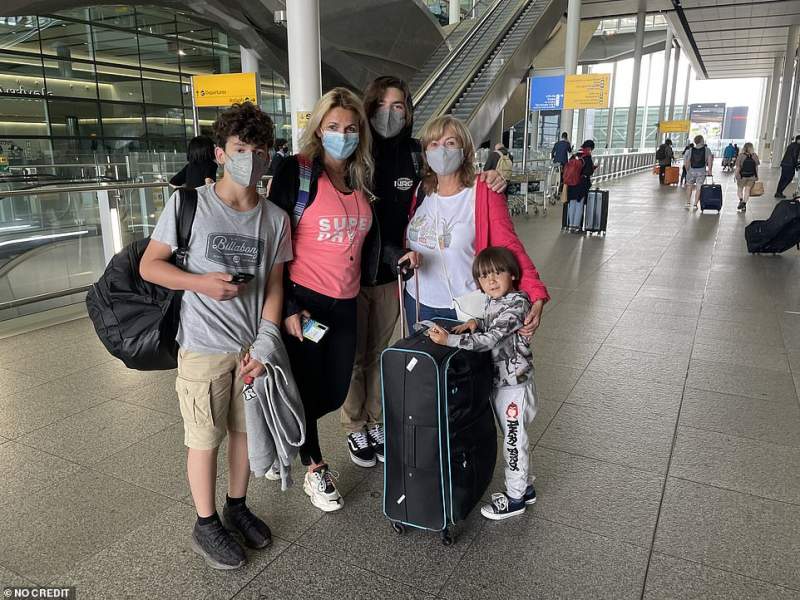 British Holidaymakers Said They Felt ‘Cheated’ And Were Angry On Arriving Home From Portugal After Beating The Amber List Deadline.

BRITISH holidaymakers arriving back into the Uk from Portugal were left feeling cheated and angry over the government’s decision to change the country from green status to amber- while they were enjoying their summer break!

For some families who booked last-minute deals to get away, it ended up a complete disaster. The cost of the return flight in some cases as much as three times more than they paid to get to Portugal in the first place.

One Twitter user said their holiday plan is “ruined”.

Bob Wallis, flying back from Madeira yesterday, said the last-minute change left him feeling “ashamed to be British.” He told The Mirror newspaper: “We were lucky. People arrived a day after us and they can’t get back.

“I felt ashamed to be British out there at one point because all these guys are depending on British tourism and they were shocked that this happened.”

Social media is awash with stories regarding the sudden exodus of British expats fleeing back to blighty over the weekend and Monday, with Faro airport rammed with passengers scurrying to get to the boarding gates and onto the planes in over 30 degrees heat.

For another person, Carla Barreto, sharing on Facebook, she said the possibility of not being able to attend her sister’s wedding in Portugal was “really concerning.”

“She’s been planning this for two years now,” she said. “She will be extremely disappointed if we don’t show up, so we are very keen on going but I am getting concerned at this point.”

The 42-year-old, a Thetford town councillor said it would be difficult for her family to travel to Portugal for the wedding in August if it remained on the amber list. “We have things we need to do,” she said.

“I am running a charity, I have council duties and the children need to go back to school.”

Ms. Barreto said the cost of Covid tests required to travel to an amber list country was “astronomical.” “It’s about £100 per person and there’s five of us,” she said.

He said: “If the government is serious about protecting UK jobs and supporting businesses across the country, rapid action is needed to reopen flights to key trading partners, remove testing for vaccinated passengers from ‘green’ countries, and slash the cost and complexity of testing, as other G7 countries are doing.”

Travel industry leaders are planning action on June 23 to urge the government into opening up international travel safely.