Man Arrested in Estepona for Drugging and Assaulting a Minor 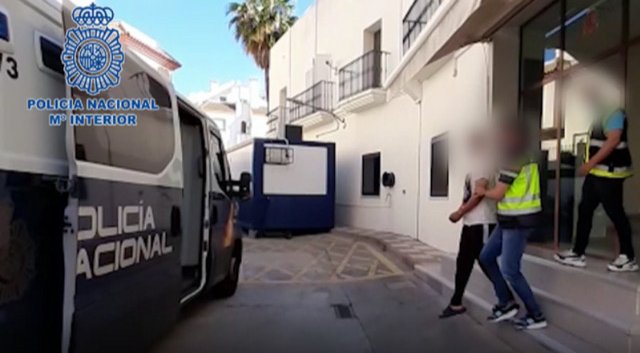 THE National Police have arrested a 31-year-old man of Dominican nationality in Estepona for allegedly sexually assaulting a minor after previously drugging her with ecstasy. According to the investigations, the detainee met the victim at a party and put MDMA in her drink without her knowledge and then taking advantage of the fact of what she had consumed, forced her to have sexual relations.
As reported by Malaga Hoy, the Provincial Police Station reported in a statement that the investigation, carried out by officers from the Estepona Police Station, began after a woman appeared at the police station with her minor daughter, who had been raped at the hands of an acquaintance. According to the procedures carried out, the victim had gone to a party with some friends but after being unwell, the girl decided to go home by taxi, an acquaintance of her friends offered to accompany her and invited her to have a drink on the way home.
Allegedly the suspect argued that it was not a good idea to come home drunk and for her parents to see her in that state, so apparently the suspect “convinced the adolescent to stay at his house to sleep with some friends.” There, taking advantage of the fact that the girl was lethargic by the alleged administration of MDMA, he allegedly forced her sexually. According to the medical report issued to the victim in a health centre, she had bruises on various parts of the body and, in addition, she tested positive for MDMA in the analytical tests carried out.
Finally, the officers managed to identify and arrest the person under investigation for his alleged responsibility in a crime of sexual assault. After the detainee was brought to justice, the Estepona Court of Instruction of Guard has issued a restraining order of the investigated with respect to the victim.