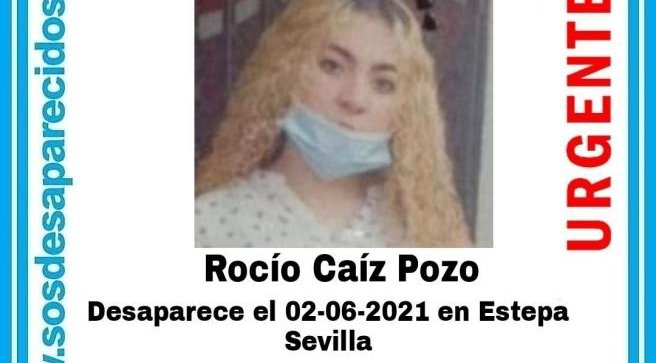 THE search is on for a missing Sevilla teen who has a four-month-old baby.

The missing 17-year-old girl Rocío Caíz Pozo, is 1.5 metres tall and was wearing a white shirt and jeans when she went missing. According to the teen’s sister, the last person to see Rocío was her ex-partner who is the baby’s father.

The young mum went missing on June 3 and the Guardia Civil are investigating the disappearance. The 17-year-old is from Martín de la Jara (Sevilla), and is the mother of a four-month-old baby girl. The baby is said to be safe and sound and was not with her at the time of her disappearance.

As reported by 20 minutes, according to sources from the Guardia Civil the family of the girl has stated that she has curly blonde hair, is 1.5 metres tall and was last seen wearing a white shirt and jeans on Thursday, June 3.

The young mum’s family are frantic to find her and her sister posted a video on social media. In the video her sister alleges that Rocío was last seen by her ex-partner who is her baby’s father.

Sources from the investigation confirmed that the young woman had left the baby with her grandmother and had intended to head to the house of her ex-partner and gather some of her personal belongings. It has not currently been revealed though whether she actually went to the house.

Statements have been taken from the young man and the girl’s relatives by the Guardia Civil and they are tracing calls and other activity on her mobile phone since the disappearance last Thursday.

The Guardia Civil are eager to hear from anyone who has any information regarding the young mother’s disappearance.

The Guardia Civil took to Twitter to post a picture of the missing girl and commented that:

“This is Rocío, a #minor who has #disappeared in Estepa #Sevilla If you see her, call us 062 112 Collaborate, your RT costs nothing and is very important to locate her.”