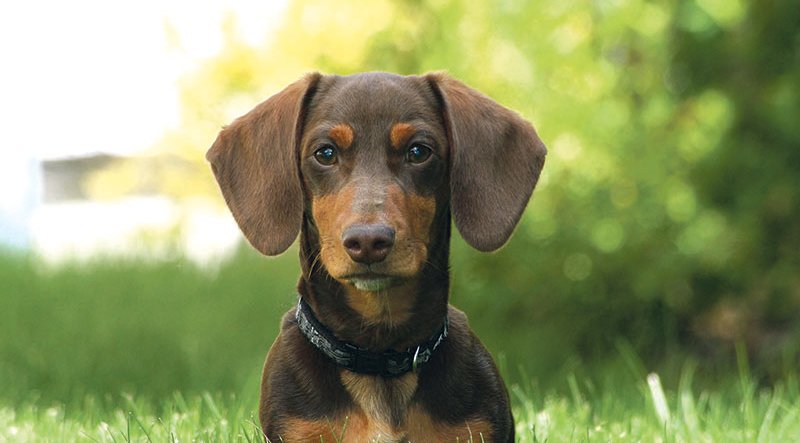 The British government is launching a second animal welfare bill to protect pets, livestock and wild animals. The new Bill will improve welfare standards through a wide range of measures. New powers to tackle puppy smuggling and livestock worrying will also be brought forward.

New powers to crack down on puppy smuggling and increased protections for farm animals will be brought in under new legislation set to be introduced by the Government in Parliament today, June 8.

The new Animal Welfare (Kept Animals) Bill will improve welfare standards through a wide range of measures for pets, farmed and kept wild animals, including a ban on keeping primates as pets.

“The UK has long history of leading the way on animal welfare and now that we have left the EU, the Government is committed to improving our already world-leading standards by delivering a series of ambitious reforms, outlined in the Action Plan for Animal Welfare,” the government said in a statement.

Puppy smuggling: The Government will introduce new powers to tackle the unethical trade of puppy smuggling by reducing the number of pets (dogs, cats and ferrets) that can travel under pet travel rules. It will also include powers for the Government to bring in further restrictions on the movement of pets on welfare grounds, for example by increasing the minimum age of imported puppies and restricting the import of pregnant dogs and dogs with mutilations such as cropped ears and tails.

Live exports: Live animals can endure excessively long journeys during export, causing distress and injury. EU rules prevented any changes to these journeys, but the UK Government is now free to pursue plans which would see a ban on the export of live animals for slaughter and fattening. We will become the first European country to end this practice.

Banning keeping primates as pets: Primates are highly intelligent animals with complex needs and require specialist care. The Government will deliver on its manifesto commitment to introduce a ban on keeping them as pets, ensuring that all primates being kept privately in England are being kept at zoo-level standards and that those unable to meet the standards are phased out.

Zoos: The Zoo Licensing Act will be amended to improve zoo regulations and ensure that zoos are doing more to contribute to conservation.

Environment Secretary George Eustice said, “The Kept Animals Bill will bring in some of the world’s highest and strongest protections for pets, livestock and kept wild animals. As an independent nation outside the EU we are now able to go further than ever on animal welfare by banning the export of live animal exports for slaughter and fattening, prohibiting keeping primates as pets and bringing in new powers to tackle puppy smuggling.

“This builds on the launch of our Action Plan for Animal Welfare and Animal Sentience Bill last month as part of our work to build on our status as a world leader on animal welfare,” he added.

The bill is the second piece of legislation introduced in the last month aimed at driving better standards of animal welfare. It follows the Government’s decision to formally recognise animals as sentient beings in domestic law through the Animal Welfare (Sentience) Bill which was introduced to Parliament on 13 May.

As well as the new Kept Animals Bill, the Government will also announce a series of further reforms this year related to microchipping, pet theft, farm animal welfare and tackling wildlife crime, as laid out in our Action Plan for Animal Welfare.

Welcoming action on illegal puppy smuggling, James Russell, President of the British Veterinary Association, said, “Every day veterinary practices see the devastating consequences of illegal pet smuggling. Puppies that have been poorly bred and taken away from their mothers at a very young age often suffer from disease, other health problems, and poor socialisation leading to heartache and financial costs for new owners. We welcome changes to the law that will stop criminal gangs abusing pet travel rules for profit.

“We’re also delighted to see that the Government has moved a step closer to a ban on the import of cropped and docked dogs, putting an end to the alarming trend of ear cropping that vets have been campaigning on,” he added.

Owen Sharp, Dogs Trust Chief Executive said, “We are thrilled to see the commitments being made by the Government in the Kept Animals Bill and are hopeful for the impact the bill could make to dog welfare. We are particularly encouraged by the measures set out to crack down on puppy smuggling, an issue we have been campaigning on for over six years.

“We have seen first-hand the devastating impact of this cruel trade, having rescued over 1.5 thousand illegally imported puppies, who have had the most traumatic start to their young lives and have come into our care in horrific conditions. We will continue to work closely with the Government to be the voice for dogs and ensure all proposed legislation involving dogs effects real change,” he added.

The RSPCA said they welcomed the legislation.

“This bill marks a crucial milestone in animal welfare as we are set to become the first country in Europe to ban the live export of animals for slaughter and fattening,” said the RSPCA’s Chief Executive Chris Sherwood.

“We are also thrilled to see measures to crack down on the import of puppies – a cruel trade where criminals get rich selling sick and dying puppies to unsuspecting families, which has boomed during lockdown. Any steps to restrict the import of dogs with cropped ears will also send a powerful message against the painful and unnecessary mutilation of dogs for fashion and the ban on keeping primates of pets means these amazing animals will no longer be kept in homes where they simply cannot be cared for properly. This is a really important time for animal welfare and, if we get it right, we can make real and lasting changes to the lives of animals here and abroad,” he added.