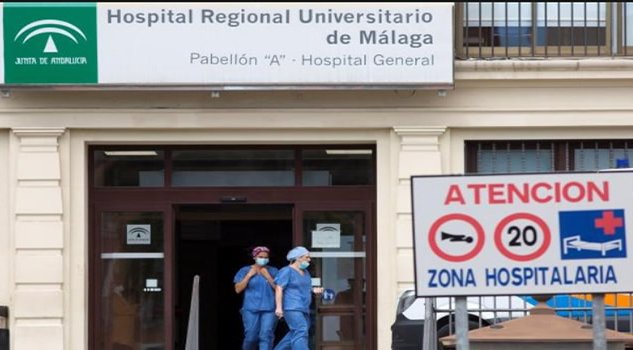 British Man Critical In Malaga After Jumping From Third Floor Into A Swimming Pool. image: wikimedia

A 31-year-old British man is in a critical condition in the Regional Hospital in Malaga capital, after allegedly trying to jump into a swimming pool from the third floor of a block of holiday apartments in the municipality of San Pedro de Alcántara.
Sources told top Spanish publication SUR that the man suffered multiple injuries, including severe head trauma, damage to his internal organs, and fractures to several of his limbs, after the incident that occurred at around 7pm in the afternoon, on Monday 7, while the man was participating in a party with friends.
According to reports from sources to SUR, the man decided to attempt what has become commonly known among holidaymakers as ‘balconing’, where he tried to jump the distance of several metres into the swimming pool below, but it would appear that he miscalculated his jump and landed on an umbrella at the edge of the pool area.
It is reported that health personnel from the 061 ambulance service spent 40 minutes attending to the man at the scene, along with officers from the Marbella Local and National police forces, before finally transferring the badly injured man to the Costa del Sol Hospital.
After seeing the man’s condition, it was decided to transfer him to the Regional Hospital in Malaga city where they have the necessary neurology and neurosurgery services available, and sources at the hospital told SUR that the man had been admitted to the Intensive Care Unit.
The crazy habit of ‘balconing’ is believed to have been started by holidaymakers partying in holiday resorts in the Balearic Islands in 2012, with Magaluf seemingly the epicentre historically, where, in 2018, eight young people died, and many more injured, while practicing the craze.