Emmerdale Available As a Box Set During Euros Tournament 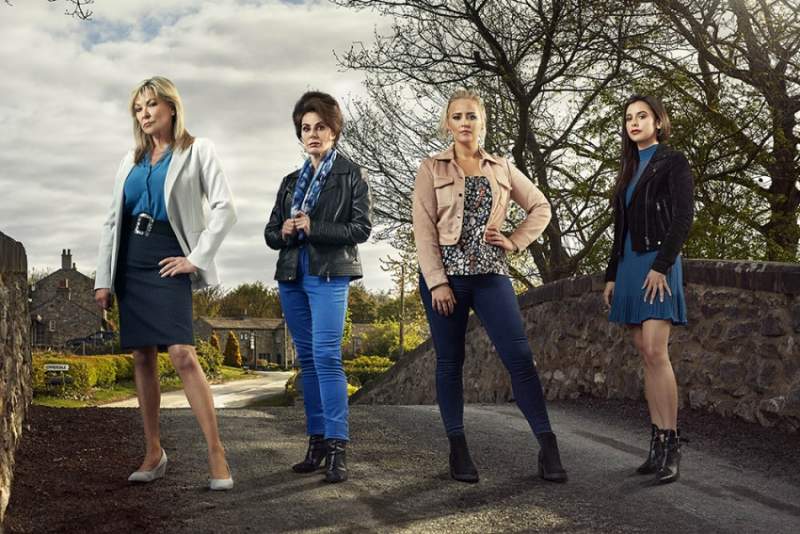 Emmerdale is set for some serious drama this summer. Image: ITV

Throughout the Euros football tournament, Emmerdale viewers will be to watch the soap as a box set.

While the drama will continue to air on ITV, fans can binge watch episodes weekly on the ITV Hub. For four weeks during the tournament from Monday, June 14, the episodes airing that week will be available each Monday via the ITV Hub to enable viewers to have the choice of watching as a box set ahead of the ITV transmission.

Broadcasters ITV said the Yorkshire-based soap was in for some serious drama.

“Courage, revenge, deception, secrets and betrayal are the themes creating sensational drama in Emmerdale this summer,” it said in a teaser.

Kim is still the victim of mind games and as her paranoia continues she sets another trap for her nearest and dearest. Played magnificently by Claire King, Kim feels utterly betrayed by recent events, but will her detective work pay off and will she catch her culprit.

Manipulative Meena, played by Paige Sandhu, continues to meddle in Jacob and David’s lives and Jacob, played by Joe Warren Plant, will scupper her plans to move in with David played by Matthew Wolfenden.

One of life’s true survivors, Faith, played by Sally Dexter, fears her cancer may have returned. But she will bury these concerns rather than face them head on causing confusion for family.

esotted with her first child Frankie, Tracy, played by Amy Walsh, takes her concerns for the child’s safety too far. Those feelings are taking control of her and she risks alienating those closest to her.

In amongst this drama also airing across the summer, there is wedding day confusion when Leyla, played by Roxy Shahidi sees Liam’s former fiancé Bernice, played by Samantha Giles, dressed in her old wedding dress on her actual wedding day.

Emmerdale will also celebrate its first Pride event with a fabulous guest appearance from Drag Race UK’s, The Vivienne.