No ferries between Spain and Morocco will be allowed this summer 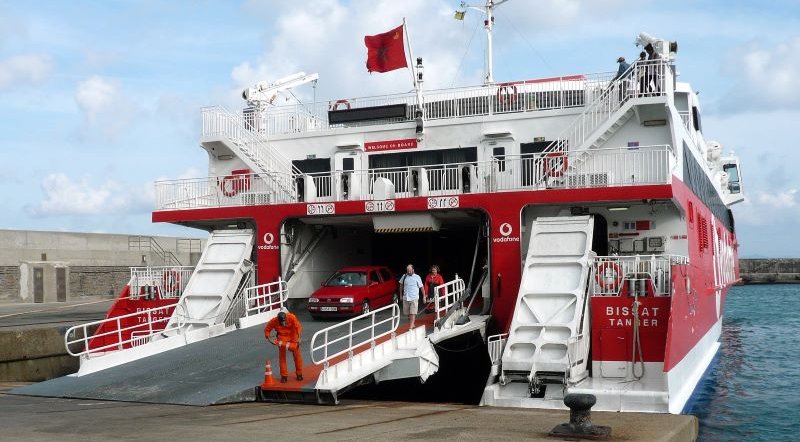 No Tarifa to Tangiers ferry this summer Credit: Creative commons

MORE than three million Moroccans who would normally travel home by ferry from Spain will not be able to do so in 2021 as no ferries between Spain and Morocco will be allowed this summer.

This annual pilgrimage of Moroccan nationals who live or work in Spain, France, Italy and beyond sees Spanish roads in the month of July clogged with all manner of vehicles, loaded to the gunnels (and sometimes beyond) as they flock to different Spanish ports and then September when they return.

The most popular are Algeciras, Malaga and Tarifa as they account for the shortest crossing of the Straits of Gibraltar but there are also ferries running from Motril and Costa Blanca.

Last year, Operación Paso del Estrecho (OPE) didn’t take place because of the pandemic and lockdown but this year with the relaxation of restrictions it was certainly expected until on Sunday June 6, the Moroccan Foreign Ministry announced that although ferries could run from France and Italy, they would not be welcomed from Spain.

This news will not only add a great deal of cost if those living in Spain have to travel to France or even Italy to get on board and it also adds to the growing tension between Spain and Morocco.

According to Reuters, the Spanish Minister of Finance María Jesús Montero commented on the fact that no ferries between Spain and Morocco will be allowed this summer on June 8 as she understood that the decision was made for health reasons saying “We are living a situation very similar to last year’s, with even a higher incidence, and we all agree the more convenient was to suspend the ‘Straits crossing’ operation.”

This suggests that the decision was made jointly but the relationship between the two countries has suffered recently with financial pressure being put on Ceuta and Melilla, removal of Moroccan customs officers and most recently Spanish medical aid for the leader of the Polisario Front which demands independence for Western Sahara.

One thing is for sure, workers at all of the affected Spanish ports as well the ferry companies (of which there are an estimated 3,000) and their employers will be seriously hit by the financial loss.